President Biden has begun the process to have the Kigali Amendment ratified by the U.S. Senate, following through on a campaign promise.

The order formally directs the State Department to prepare a ‘transmittal package’ to the U.S. Senate for the Kigali Amendment, the first step of the U.S. ratification process, within 60 days.

Part of a statement released by the White House reads: “Domestic action must go hand in hand with United States international leadership, aimed at significantly enhancing global action. Together, we must listen to science and meet the moment.”

With the bipartisan support for HFC regulation that exists in the U.S. Senate, the U.S. will likely join the list of countries (112 so far, plus the EU) that have ratified the amendment. This may put pressure on remaining large countries, like China and India, to ratify the amendment as well, observers say.

Under the Trump administration, the U.S. government did not regulate HFCs under the U.S. Environmental Protection Agency’s SNAP (Significant New Alternatives Policy) program, nor did it send the Kigali Amendment to the Montreal Protocol to the U.S. Senate for ratification.

However, at the end of December former President Trump did sign bipartisan legislation, called the AIM Act, that authorizes the EPA to regulate HFCs under the Biden administration. 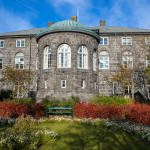 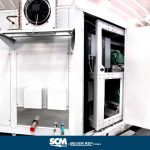