The election of Joe Biden as president of the U.S. figures to bring radical change to the environmental and climate policies pursued by the federal government, including those pertaining to refrigerants.

Under the Trump administration, the U.S. government has not regulated HFCs under the U.S. Environmental Protection Agency’s SNAP (Significant New Alternatives Policy) program, nor sent the Kigali Amendment to the Montreal Protocol to the U.S. Senate for ratification. But both of those policies are expected to be reversed under Biden, according to his own pronouncements and observations made by cooling industry stakeholders. That may be true whether or not the Democratic Party controls the Senate, which won’t be known until two Senatorial run-off elections take place in the state of Georgia on January 5.

Already, in a wide-ranging plan for “a clean energy revolution and environmental justice” posted on his website, President-Elect Biden says he intends to “embrace” the Kigali Amendment to the Montreal Protocol and its HFC-reduction scheme in his first 100 days. With the bipartisan support for HFC regulation that exists in the U.S. Senate, that would likely add the U.S. to the list of countries (109 so far, plus the EU) that have ratified the amendment.

The state level is where most of the actions to reduce HFCs has been focused in recent years. Sixteen states (Hawaii, Oregon, Rhode Island, Massachusetts, Maine, Connecticut, Delaware, Maryland, Pennsylvania, New York, Colorado, Virginia, California, Vermont, Washington, and New Jersey) have either passed or are considering legislation to adopt HFC limits based on U.S. EPA SNAP rules 20 and 21.

However, at the federal level, both chambers of the U.S. Congress have this year proposed bipartisan HFC-regulation legislation, Senate bill S.2754 and House bill H.R. 5544. “I think it is probably not important who comes in in January, said Rajan Rajendran, Vice President, Systems Innovation Center and Sustainability at Emerson’s Helix Innovation Center, during ATMOsphere America 2020 on October 21. “Regardless of that, I think this bill will find its way out.” Biden is almost certain to sign the bill, given his endorsement of climate-friendly refrigerants.  (ATMOsphere America was organized by shecco, publisher of this website.)

Lowell Randel, Vice President of Government and Legal Affairs, Global Cold Chain Alliance (GCCA), said he expects to see “efforts to ratify Kigali and potentially move HFC legislation, as well,” addimg,  “I believe this is likely, regardless of whether Republicans or Democrats claim control of the Senate next year.”

The emphasis on climate change, Randel added, means that “there will be an opportunity to promote the use of natural refrigerants.”

Even in California, which has been the most proactive U.S. state in fashioning its own HFC restrictions, “We’re sort of cautiously optimistic that it [H.R. 5544] is a good bill,” said Glenn Gallagher, Air Pollution Specialist, California Air Resources Board (CARB) at ATMOsphere America 2020. Referring to House bill, “There’s not too many exemptions. There are a few carve outs here and there, which are interesting. But in general, it’s the same as the Kigali Amendment.”

Two refrigerant-related rollback actions that the Trump Administration took may also come under review. One is the EPA’s rule, announced in February, rescinding a 2016 Obama administration rule that extended refrigerant leak repair requirements to HFCs and HFOs for equipment containing more than 50lbs (23kg) of refrigerant. The other is the EPA’s decision last year to rescind nearly all of the significant Obama administration amendments to the Risk Management Program (RMP), which governs operations using more than 10,000lbs (4,536kg) of ammonia.

In his environmental plan, Biden also stressed the need for energy-efficient appliances and buildings.

Biden has made clear that his approach to addressing the climate crisis will be comprehensive, targeting net-zero emissions across the entire U.S. economy by 2050.

“Net-zero emissions is really the biggest driver and will be the biggest driver in the decades to come,” said Christina Starr, Senior Policy Analyst at the Environmental Investigation Agency, during ATMOsphere America. “Because when you think about it, it takes about 15 to 20 years, perhaps longer, to really replace refrigerants in existing systems. So we really should achieve net-zero emissions from refrigerants and we should be out of all HFCs in new equipment starting around 2030.”

In related news, experts from the Climate 21 Project have put together a 300-page recommended approach that was recently delivered to the President-Elect’s transition team. Mentioned repeatedly in this and other expert feedback is the need for a wide range of policy areas that includes inter-agency coordination at the cabinet level.

It has also been reported that the President-Elect is considering the creation of a special White House office led by a climate “czar,” who would be close to the president and have cabinet-level weight. 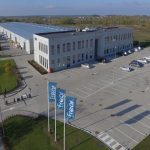 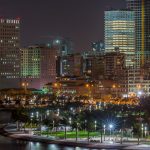