Mexican bakery giant Grupo Bimbo is working to transition away from HFCs and install natural refrigerants as its first choice, according to Project Manager Francisco Picazo.

Picazo shared the company’s refrigerant strategy during a session featuring industrial end users and contractors at the ATMOsphere America conference on October 21. ATMOsphere America, organized by shecco (publisher of this website), was held online October 20-22.

Founded in 1945, Grupo Bimbo is the largest bakery in the world, according to Picazo, with 200 bakery operations in 33 countries.

The company is developing internal policies and procedures for its bakeries that managers have to follow when buying new or replacing old equipment, thus ensuring that they live up to local codes and regulations, he said.

Sixty-two of Grupo Bimbo’s bakeries are operated by U.S. division Bimbo Bakeries USA, which was represented at the session by Chris Wolfe, its Corporate Director, Environmental & Sustainability. Bimbo Bakeries produces such iconic U.S. brands as Thomas’ English Muffins and Entenmann’s.

During the last week of October, Bimbo Bakeries is commissioning its first natural refrigeration equipment – an ammonia/CO2/glycol system – in one of its fresh bakeries in Chicago, noted Wolfe. (Its frozen bakeries use large-scale ammonia systems.) Air Management Technologies designed this system, which was provided by Zero Zone.

The Chicago bakery, acquired by Bimbo Bakeries USA five years ago, was one of the last large industrial bakeries using a direct expansion (DX) system, which were prone to leak into the baking operation. The system had been converted from R22 to R422B, but it continued to leak.

“The [bakery] industry as a whole did not have a good track record with EPA, and most of us bakeries signed an agreement with EPA around 1999-2000, to get our bakeries back on track,” Wolfe explained. “And that’s when we pushed away from direct expansion, [and] went to centralized glycol systems.”

After looking at various technologies, Wolfe and his colleagues settled on a hybrid ammonia/CO2./glycol system, with a low charge of ammonia – less than 500lbs (227kg) –  a capacity of 357TR (1,255.5kW), and a VFD (variable-frequency drive) pumping system.

One benefit of the system, apart from its “future proof” refrigerant, is that it is expected to use up to 440MWh less energy per year than conventional systems, cutting 460 metric tons of CO2e emissions, Wolfe said. Based on current prices, this amounts to a US$30,000 saving each year.

Though Bimbo Bakeries USA is “very confident” in the ammonia/CO2/glycol system, the company would “lean more to” installing a transcritical CO2 system in the future, Wolfe said.

Picazo said that CO2 avoids the “risk” of ammonia and offers excellent heat recovery that could be leveraged in the baking process, but he added, “We are open to all natural solutions.”

Shifting away from HFCs is not without its challenges however; one of them being cost. “We have seen that the natural refrigerant systems for our applications are around three to four times more expensive than the ones for conventional systems,” Picazo said.

Another challenge is the lack of technical support. In the Americas natural refrigerant technologies are not very common yet, meaning potentially very expensive downtime if equipment fails, and the necessary technical support is not available locally and immediately, Picazo explained.

The last challenge for Picazo and his colleagues is change management, with people being resistant to change. Picazo told his audience how maintenance managers and engineering groups within Grupo Bimbo are clinging to misconceptions like natural refrigerant systems being “totally unsafe,” and “more harmful” to the environment than old R22 systems. “This is something we have to deal with internally,” he said.

As part of its commitment to sustainability, Grupo Bimbo has joined the Consumer Goods Forum in the last year. In the U.S. they have also been named a Partner of the Year of the Environmental Protection Agency (EPA)’s Energy Stars Program for three years running. Apart from its refrigeration operations, Bimbo Bakeries USA is also powered by 100% renewable energy.

“Our purpose is to become a sustainable, highly productive and deeply humane company,” Picazo said. “We have always considered that we as a company can make a difference.”

“Our purpose is to become a sustainable, highly productive and deeply humane company.” 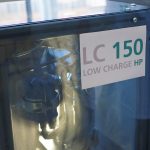 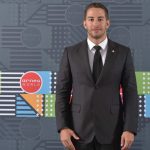 Bringing the CO2 ‘Equator’ to the Real Equator