Based on the energy savings and overall performance of its initial transcritical CO2 system at a store in Randolph, New Jersey (U.S.), Weis Markets has decided to install the refrigeration technology in two new stores next year.

The other stores employed systems based on HFC or HFO blend refrigerants.

This year, the Randolph store “has operated very well,” said Burd. “We have had a few minor refrigerant leaks, mostly at access fittings, and also have had two ball valve failures/leaks.”

In the event of a power failure, the store has a 2HP condensing unit to prevent pressure build-up in the surge tank that could lead to large CO2 losses.

With the help of its two adiabatic gas coolers, the transcritical system did not once enter less-efficient transcritical mode over the first year of operation, including during summer months when ambient temperatures exceeded 100°F (38°C). This year, it did experience transcritical mode “multiple days in July and early August,” said Burd.

He attributes that to a failed water pump in one of the adiabatic gas coolers. Since the pump was replaced, the system has not gone into transcritical mode. Weis has also installed software recently developed by BAC “that will send an alarm to our EMS system if a pump fails,” said Burd.

Burd acknowledged the system consumed more energy than usual when it entered transcritical mode. Even so, he added, “this store is still better than any of our legacy stores” with regard to energy consumption of the refrigeration system.

Weis has continued to monitor the energy performance of the transcritical system in 2020, along with that of five other legacystores with a medium-temperature glycol secondary loop/low-temperature DX system (with adiabatic condensing) or a DX-only system.

When Weis decided to install a transcritical CO2 system in 2018, the appeal of CO2 as a future-proof refrigerant factored into its decision. “We’ve gone through refrigerant conversions,” said R. Kevin Small, vice president, construction and development for Weis. “Now there’s a conversion from R404A. Are we going to be required to convert from R448A? We’re looking for a place where we aren’t looking at another conversion down the line. So it would be nice to get to a natural refrigerant.

This article is included in a special issue of Accelerate focusing on Best Practices in Food Retail. Read it here. 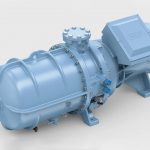 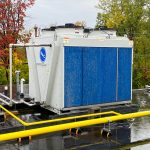