A new study by Canadian researchers has determined that there are “no compelling scientific arguments” to support the existence of naturally formed trifluoroacetic acid (TFA), countering a claim about “natural TFA” that is often made by producers of f-gases and referred to in earlier research.

The new study, “Insufficient evidence for the existence of natural trifluoroacetic acid,” published on November 1 in Environmental Science: Processes & Impacts, concluded that in the absence of new evidence, “natural TFA should not be invoked in any discussions about the production and/or regulation of TFA.”

TFA is produced in the atmosphere by 100% conversion of HFO-1234yf, as well as 20% conversion of HFC-134a, when those gases escape from refrigeration and air conditioning. This TFA then descends in rainfall, and is deposited in fresh water and other places. A number of recent research studies have raised concerns about the growing accumulation of TFA in the environment and the potentially harmful health and environmental impacts of this growth.

In addition, TFA and certain f-gases are considered by European authorities to be part of PFAS, a group of highly durable “forever chemicals” that can pose problems for human health.

One of the Canadian researchers in the new study, Associate Professor Cora Young of Toronto, Canada-based York University, discussed her TFA research during the online ATMOsphere America conference on November 3. ATMOsphere America was organized by ATMOsphere, (previously known as shecco), publisher of this website.

Young also discussed a 2020 research study to which she contributed that showed the growing levels of TFA in Arctic ice cores. The study linked this growth to the adoption in 1987 of the Montreal Protocol, which resulted in ozone-depleting CFC and HCFC gases being replaced by HFCs, and more recently by HFOs.

In the new study, the European Fluorocarbon Technical Committee (EFCTC) is quoted as saying that “the evidence is clear and irrefutable that TFA occurs naturally in large quantities in the environment.” (EFCTC did not immediately respond to a request for comment.)

The study also addresses “some common misinterpretations and limitations of the older TFA research that is often considered the benchmark in newer publications, with the aim to prevent their propagation through new manuscripts.”

The new study assesses the evidence for naturally occurring TFA by:

“We conclude that the presence of TFA in the deep ocean and lack of closed TFA budget is not sufficient evidence that TFA occurs naturally, especially without a reasonable mechanism of formation,” the study says, adding “the natural TFA paradigm represents a vast overstatement without data to back it up.”

The results of Young’s ice core study last year garnered a “fair amount” of coverage in the mainstream press, Young said at ATMOsphere America. This led representatives of the chemical industry to contact her, listing arguments why we shouldn’t worry about TFA coming from refrigerants. The arguments were that there are many other anthropogenic sources of TFA, that it does not bioaccumulate and is non-toxic, and that it occurs naturally.

The first argument is true, Young said; there are anthropogenic sources of TFA other than CFC replacements. Though “how these sources compare in terms of magnitude is not 100% clear,” she noted.

In the ice-core study Young’s group looked at two anthropogenic sources of TFA: CFC replacements and the fluoropolymer industry, including Teflon production. The CFC replacements are a major source of TFA, with more than 10% of the molecules becoming TFA (and 100% of HFO-1234yf). The fluoropolymer industry is a minor source, with 1-5% of molecules becoming TFA or other PFAS compounds, she said.

The recent study also referred to a “surprising amount” of HCFC-133a, another TFA precursor, that was found in East Asia, likely as a byproduct of chemical production processes.

The second chemical industry argument about bioaccumulation, she noted, does not hold up: More and more evidence is emerging for TFA bioaccumulation, including Young’s own results. For example, TFA is has been found to accumulate in plant and water sources, including sources used for human consumption, such as those used to produce green tea and beer. Until recently, it was assumed that TFA had low bioaccumulation in humans, but over the last few years, Chinese researchers have observed high levels of PFAS, including TFA, in human blood.

The third argument about natural TFA is also false, she said, referring to the new study.

The improved knowledge of TFA and other short-chain PFAS compounds is not just due to increased environmental awareness; the researchers have also developed new, simpler measurement and analysis methods over the last 20 years. Young and her team have been using ice cores for their research, seeing them as “chemical time machines,” Young said, for their ability to provide well-preserved historical records of atmospheric pollution.

The goal of the ice-core study was to achieve a “multi-decadal” record of atmospheric TFA content and determine its sources. The ice cores used in Young’s study were obtained from the Canadian High Arctic between 2015 and 2017.

The results obtained by Young and her team show that before 1990 “we do see TFA, but we don’t see too much of it, or much in the way of a temporal trend in concentration, but after 1990 we see a dramatic increase, and this does correspond to the introduction of the Montreal Protocol,” which led to the adoption of these CFC replacements.

On the other hand, the measurements and models showed that the fluoropolymer industry could explain less than 1% of the observed TFA, leaving the CFC replacement compounds as the main culprits. This conclusion was confirmed by examining modeling of the deposition of CFC replacement chemicals, like R134a, which followed the same rapidly increasing trend after 1990. In other words, there is good agreement between the models and the actual measurements, Young said.

The conclusion was that the TFA contamination in the ice cores is due to the extensive use of CFC replacements.

Looking to the future, Young and her team predict increased levels of TFA from the greater use of HFO-1234yf, which as a much shorter atmospheric lifespan than R134a.

The shorter atmospheric lifespan of R1234yf means that future depositions of TFA will become more localized, close to where it is being used, said Young. However this does not preclude depositions in remote regions, where the concentrations are still expected to double, Young stressed.

The chemical industry has addressed the deposition of TFA in a recently published study funded by the Global Forum for Advanced Climate Technologies (globalFACT), which represents f-gas producers Chemours, Honeywell, Arkema and Koura (and equipment manufacturer Daikin). The study concluded that “with the current knowledge of the effects of TFA on humans and ecosystems, the projected emissions through 2040 would not be detrimental.”

But the study also acknowledged that “the major uncertainty in the knowledge of the TFA concentrations and their spatial distributions is due to uncertainties in the future projected emissions.” 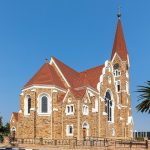