The California Air Resources Board (CARB) is seeking feedback from stakeholders as it proceeds to develop regulations that will cap the GWP of refrigerants used in new air conditioning and refrigeration systems, as well as the GWP of virgin refrigerant supplies.

In a webinar hosted on April 16 by the U.S. Environmental Protection’s GreenChill program, representatives of CARB also encouraged stakeholders to contact members of the California legislature to express support for funding of incentives for natural refrigeration systems. An incentive program was established by the California Cooling Act (SB 1013) but still requires funding to be allocated by the legislature from the state’s Greenhouse Gas Reduction Fund (GGRF).

“It’s up to end users, OEMs and distributors to make their wishes known to the senate and assembly,” said Glenn Gallagher, air quality scientist at CARB. Elected officials, he added, usually listen to their constituents or “people who ask the loudest and most often.”

Kathryn Kinett, Air Pollution Specialist at CARB, suggested that stakeholders could contact trade associations to get the contact details of relevant elected officials.

We seek stakeholder feedback to develop the most robust regulation possible.

California aims to cut HFC emissions in the state, now at about 20 million metric tons of CO2e, by 50% as of 2030. To accomplish that, the state is using a multi-pronged approach, including regulations CARB adopted in March 2018, SB1013 (which incorporates former EPA rules) and other programs.

The refrigeration system proposal could include a 1,500-GWP limit for some smaller systems, and a possible exemption for hybrid systems. In the refrigerant ban there would be an exception for R410A used in air conditioning.

CARB plans to continue workshops and stakeholder meeting, and seek public input in 2019 as it develops HFC rulemakings. Board consideration of GWP limits in new AC and refrigeration equipment is expected in late 2019 to early 2020, said Richie Kaur, air pollution specialist at CARB.

One of the issues CARB is looking at in regard to the 750-GWP cap on new AC systems is how it should track compliance. Methods under consideration include labels, recordkeeping and reporting. “We seek stakeholder feedback to develop the most robust regulation possible,” said Kinett.

Another issue about which CARB would like to hear from stakeholders is whether “new systems” would include just new construction, or also replacements in existing stores, noted Kaur. CARB is still taking stakeholder input on the GWP limit for its ban on virgin refrigerants, she added. 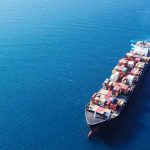