Italian compressor manufacturer Dorin has won the 2021 AHR Award in the refrigeration category for its CD600 transcritical CO2 (R744) compressor, the largest available worldwide, according to Dorin’s website.

The refrigeration award, and the awards in the other nine AHR categories, originally announced in November, were scheduled to be handed out during the now-canceled 2021 AHR Expo this week. The next AHR Expo is slated to take place January 31-February 2, 2022, in Las Vegas, Nevada (U.S.).

The AHR Awards honors the most inventive and original products in a number of categories every year – including cooling, refrigeration, heating and ventilation.

It its announcement of the win, AHR Expo stressed that the CD600 range is “unique in the market because it nearly doubles the refrigeration duty deliverable with a single compressor,” adding that the increased capacity “often leads to a lower number of refrigeration racks and allows for a smaller required footprint for machinery.”

“What’s more, the limited footprint and height allow for a decrease in installation and building costs when compared to an ammonia (R717) solution,” the AHR Expo committee added.

Dorin also stressed the increased competitiveness of R744, compared to ammonia. With the CD600 “it is possible to cost effectively and efficiently apply CO2 in all those large applications where an ammonia alternative is sought by the end user,” Dorin said on its website.

Some of the benefits of the CD600 include a design inspired by automotive engineering, with the most important feature being the external discharge manifold. According to Dorin, the manifold gives the compressor a longer lifetime, higher COP, lower oil temperature, less vibration, and a lower discharge temperature.

The CD600 has been received both UL and CSA approvals. It is also interchangeable with its predecessor, the CD500 series, the only difference being the discharge service valve positioning.

The CD series was originally introduced in 2015. 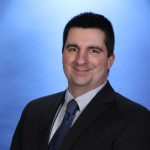 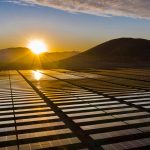