Hannaford, a Scarborough, Maine (U.S.)-based diviion of Ahold Delhaize, has the distinction of installing the first transcritical CO2 booster refrigeration in a U.S. supermarket, at a store in Turner, Maine, in July 2013.

Now, Hannaford is about to become one of the first U.S. grocers to employ a transcritical CO2 system in a refrigerated warehouse. (The first known to do so was Angelo Caputo’s Fresh Markets, which installed a transcritical system at a warehouse/commissary in Carol Stream, Illinois, U.S., also in July 2013; a store was later added to that facility; see “In Love with CO2,” Accelerate America, June 2015.)

Harrison Horning, Hannaford’s Director of Energy & Facilities, who has overseen the installation of transcritical CO2 systems at three Hannaford stores, including the first one in Turner, Maine, “helped steer us towards the [transcritical] system, probably four or five years ago,” said Jim Baisley, Facility Manager at the Shodack Landing warehouse. “Then we just started talking with different manufacturers. And now it’s coming to fruition.”

Hannaford plans to complete the installation  of the fourth and final transcritical rack, in what is a replacement of the warehouse’s original, almost 30-year-old R22 system, by February 2020. Three of the racks are medium-temperature, two-stage, intercooled systems, while the low-temperature rack (the first installed) is single-stage, with ejector defrost.

All the racks use Bitzer compressors. Hannaford has two other warehouses – one dry, one refrigerated with ammonia – in Maine. The timing is fortuitous; as of January 1, 2020, pure R22 can no longer be produced or imported into the U.S.

Why did Hannaford opt for a CO2 refrigeration at the warehouse, rather than one using ammonia, like its sister facility in Maine? One factor, which influenced the facility’s original use of R22, is that the town of Shodack Landing doesn’t like ammonia.

Another is that ammonia condensers generally need to be cooled by water, which is available to the facility in only limited quantities from wells, noted Baisley. “Air-cooling ammonia is just not all that feasible.” The warehouse’s transcritical system employs air-cooled gas coolers and evaporators, from Guentner.

The water limitation also precluded the use of an adiabatic gas cooler for the transcritical system, he noted, adding that “we hear less-than-positive things about the maintenance of adiabatic.”

The CO2 system “seemed to be the safer overall alternative,” said Dave DeLong, director of distribution operations at the warehouse. Moreover, he added, the cost of the system wasn’t too different from that of other systems, and the long-term costs looked attractive.

Hannaford was sufficiently persuaded by the CO2 system’s “beneficial pieces” to install it at the Shodack Landing warehouse, said DeLong.

Still, noted Baisley, there are some “perceptions of CO2” that can be problematic. “It operates at a higher pressure, so right away people become nervous of those numbers,” he said. “But it’s a relative number. Your forklift carries a lot more pressure just in the hydraulic system, and nobody’s worried about that.”

Another issue, acknowledged DeLong, is the relative scarcity of technicians with CO2 expertise, especially for a system as large and untested as the one at Shodack Landing. To address that, Hannaford has sent two of its in-house technicians for CO2 training at the Industrial Refrigeration Technical College in Lyndhurst, Virginia (U.S.) while the rest will be trained at the warehouse by OEM Carnot, which has been “right there every step of the way,” said Baisley. “One of the things that helped push us in this direction is their knowledge and their simple approach to it.”

Mullally Bros., a Troy, New York (U.S.)-based contractor, which is the installer of the CO2 equipment at the warehouse, has also been sending its technicians to school “to learn about the valves and controls,” said Baisley.

Baisley himself toured some of Carnot’s transcritical CO2 projects in Quebec, including a cranberry plant and a cold-storage warehouse about the size of the Shodack Landing facility.

A Ship In A Bottle

In transitioning from to CO2, Hannaford used the same two engine rooms occupied by the original R22 system, which consisted of a series of screw compressors that were removed a few at a time. “We needed to remove some of it to make room for the CO2 system, but leave enough to keep our operations running,” explained Beasley. “At times, I felt like I was building a ship in a bottle.”

The process began last summer, when the transcritical rack for the freezer room was installed during one of the hottest weeks of the year, recalled DeLong. “It was handled well, but it was a little nervewracking to wind down one system and switch over to the new one. But we’ve had zero problems out of the freezer since.” 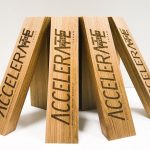 Vote Now for Accelerate Japan ‘Innovation of the Year’ Award 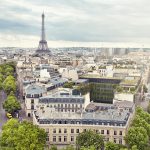