It is well known that hydrocarbons have great thermodynamic properties, making them efficient refrigerants. The problem is that they are also highly flammable, something that has restricted their wider adoption in the refrigeration industry, particularly for applications requiring large refrigerant charges.

Aiming to reduce safety and regulatory problems arising from the use of hydrocarbons, a team of scientists from Northeastern University in Boston, Massachusetts (U.S.) and Texas A&M University’s branch in Qatar has studied the performance of hydrocarbon/CO2 mixtures in a standard vapor-compression cycle.

They found that the mixtures perform “well” in terms of coefficient of performance (COP) and volumetric refrigeration capacity (VRC). The research was published in the Journal of Energy Resources Technology in January 2020 (see https:// bit.ly/3g1TgND).

While COP is a well-known energy-efficiency indicator to most HVAC&R industry professionals, VRC, which is defined as the refrigeration effect per unit volume of vapor entering the compressor, is less used on a daily basis. However, it is an important factor as it influences the physical size of the equipment, and thus cost.

Pure CO2’s 31°C/88°F critical temperature works against its performance in ambient temperatures higher than that, though technology improvements have mitigated that effect.

The scientists analyzed 15 refrigerants in a standard vapor compression cycle, with the heat transfer fluid in both the evaporator and condenser/gas-cooler at a constant temperature. They simulated two operating scenarios – air conditioning in a tropical climate and food refrigeration.

The researchers found that propane (R290), isobutane (R600a), propylene, and dimethyl ether all performed “favorably” when mixed with CO2; when the amount of CO2 in a mixture increased, the COP decreased while the VRC increased.

The best COPs were found in the food refrigeration scenario. Of the four mixtures examined, the dimethyl ether mixture had the highest COP at low CO2 concentrations, and propylene the highest COP at higher CO2 concentrations. The research team also included two mixtures of HFOs and CO2 in the study, but these showed lower performance metrics than the hydrocarbon/CO2 mixes.

This article first appeared in the July edition of Accelerate Magazine. 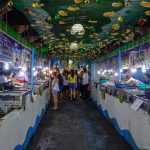 What’s Driving the Cold Chain Expansion in the Philippines? 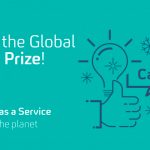