Lal Karsanbhai will become the new CEO of St. Louis, Missouri (U.S.)-based electronics manufacturer Emerson on February 5, the company announced on its website.

Karsanbhai, currently Executive President of Emerson’s Automation Solutions division, also joins Emerson’s board of directors. He will replace David Farr, CEO of Emerson since 2000, who is retiring but will remain as chairman through May 4.

Emerson’s refrigeration products, marketed under the Commercial & Residential Solutions division, include a wide range of commercial and industrial components for CO2 (R744),and propane (R290), as well as ammonia (R717) under its Vilter brand.

Karsanbhai began his career with Emerson in 1995 as an international planner. During his 25 years with the company Karsanbhai has filled a number of roles, working in Europe, Africa and North America.

Karsanbhai’s takeover of the top job comes with the blessing of his predecessor. “I have had the opportunity to work alongside Lal during his 25-year career at Emerson and have observed his strengths and proven skill as a seasoned leader with a deep understanding of both business operations and the markets we serve,” Farr said. “The board of directors has been actively engaged throughout our five-year succession process, and we are confident Lal is well-positioned to continue building on Emerson’s legacy of success.”

“I am humbled by the Emerson board and David’s confidence in me,” Karsanbhai said. “This is an exciting time for the organization as we continue growing Emerson’s global software footprint and expanding the company’s support of essential industries. I am honored to carry the legacy of Emerson’s leadership into the future and look forward to working with the Office of the Chief Executive to drive these vital goals.”

Farr leaves Emerson after a distinguished tenure as CEO. “David is a tremendous leader who has brought the company through difficult times – 9/11, the dot-com bubble, the Great Recession and now a global pandemic – with conviction and an unwavering belief in the strength of Emerson,” said Clemens A.H. Boersig, lead independent director of Emerson’s board.

“This is an exciting time for the organization as we continue growing Emerson’s global software footprint and expanding the company’s support of essential industries.” 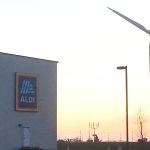 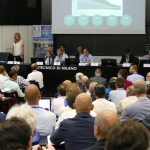