Natural refrigerants – in particular, propane (R290) – are key to reducing Grenada’s greenhouse gas (GHG) emissions as part of its Nationally Determined Contribution (NDC) to the Paris agreement, according to a new report.

Grenada, an island country in the Caribbean Sea, ratified the Kigali amendment to the Montreal protocol in 2018, and is already “moving to significantly reduce the consumption and production of HFCs by 2050,” according to Now Grenada, a Grenadian newspaper.

Grenada’s adoption of R290 and its investment in R290 technician training are considered instrumental to its meeting its climate goals.

“Training has always been fundamental and of paramount importance in the HFC phase-down process,” said Leslie Smith, National Ozone Officer at the Ministry of Infrastructure Development, Public Utilities, Energy, Transport and Implementation of Grenada.

“The NOU [Nationl Ozone Unit] identified at a very early stage that capacity development and training would be  pillar in the transitioning away from the use of HFCs in the HVAC&R sector,” he added.

Training is needed not only to prepare technicians to adequately handle the proper containment of f-gases in already installed systems, but also to educate them on “replacement technologies, particularly those with safety issues,” Smith said,

According to Smith, “the level of training in Grenada has advanced to the point where it has gained the trust of flammable refrigerant manufacturers, such as Godrej, [which] is quite comfortable to allow their R290 equipment to be shipped and installed in Grenada.”

Grenada made significant strides in 2017, when two hydrocarbon-based AC units were installed in its pilot training center for low-GWP flammable refrigerants. In addition, the NOU, with the support of the German Federal Ministry for the Environment, launched the C4 (Cool Contributions fighting Climate Change) project to train Grenadian technicians.

Grenada’s RAC sector emissions estimate can serve as a basis for planning and implementing mitigation measures in the RAC sector as a part of its NDCs,” the GIZ report says.

The report comes as the United Nations asks governments to develop National Cooling Action Plans (NCAPs) that contribute to NDCs for the Paris agreement.

However, the targets set under the original NDC submission are being reviewed and analyzed, said Smith. “The final approach would include additional targets and much more ambitious actions.”.

In 2015, Grenada’s RAC sector produced 122,000 metric tons of CO2e emissions through energy consumption and refrigerant loss, according to the report.  This means that the RAC sector accounted for approximately 29% of Grenada’s total GHG emissions.

The report offers two projections. In the business-as-usual (BAU) scenario case, it is estimated that the annual GHG emissions in Grenada’s RAC sector will reach 263,000 metric tons of CO2e emissions in 2050.

However, in a mitigation scenario, “by continuously deploying climate-friendly and energy-efficient RAC appliances with increasing use of natural refrigerants, it is estimated that [111,000 metric tons of CO2e] can be avoided annually by 2050,” the report says.

Of the 111,000 metric tons,  refrigerants accounts for 38% of emission reduction, with the remaining 62% coming from total energy efficiency improvements, the report said.

The level of training in Grenada has advanced to the point where it has gained the trust of flammable refrigerant manufacturers, such as Godrej, [which] is quite comfortable to allow their R290 equipment to be shipped and installed in Grenada. 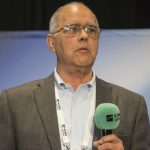 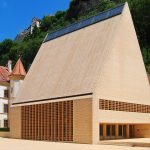