As part of this initiative, ALDI US announced its intent to add 100 more stores in 2019 with transcritical CO2 refrigeration. To date, the retailer, which operates more than 1,800 stores, has installed transcritical systems in over 220 stores, making it the leading U.S. retail user of the technology. ALDI US also employs self-contained equipment running on propane in over 900 stores, as well as ammonia refrigeration systems in all warehouses.

“ALDI is deeply committed to reducing its refrigerant emissions and believes natural refrigerants are the best long-term solution for the planet,” said Aaron Sumida, Vice President at ALDI US.

In addition to ALDI US, the new EIA web platform – https://www.climatefriendlysupermarkets.org –identifies other food retailers engaged in HFC-reduction and energy-efficiency initiatives, including Whole Foods, Target, Sprouts, and Ahold Delhaize USA.

But Mahapatra noted that, apart from these leading retailers, the U.S. retail sector as a whole “has remained a laggard in adopting climate-friendly cooling compared to their counterparts in rest of the developed world.”

“We commend this small group of leading companies, but there is much more the U.S. supermarket sector can and must do,” added Christina Starr, climate policy analyst, EIA.

“These leading companies represent just 15% of U.S. supermarkets so there’s a big opportunity for more to commitments such as phasing out the worst HFCs like R404A, adopting climate friendly refrigerants in new refrigeration systems, or joining the EPA’s GreenChill Partnership and taking steps to limit leaks.”

ALDI is deeply committed to reducing its refrigerant emissions and believes natural refrigerants are the best long-term solution for the planet.

Other U.S. retailers included on the website commented on their HFC-reduction initiatives.

“We currently have 30 stores using low-GWP refrigeration systems including CO2, propane and ammonia and have adopted propane self-contained cases across the entire chain,” said Aaron Daly, global director of energy management at Whole Foods. “We have seen great results from our low GWP projects to date and continue to invest in innovation, exploring new approaches to reducing HFCs while addressing the varying needs of food retail refrigeration.”

“We are committed to limiting our climate footprint, including taking steps to reduce HFCs used in cooling,” said Brittni Furrow, VP of sustainable retailing for Ahold Delhaize USA. “Our company’s global target to lower the average global warming potential of refrigerants in stores to 2,230 by the year 2020 reflects this commitment. We also continue to look for opportunities to use climate-friendly cooling technologies like those already employed in one Food Lion and three Hannaford stores in the U.S.”

Added Frank Davis, director of facilities and engineering at Sprouts Farmers Market: “At Sprouts, we are committed to lowering HFC emissions from cooling by reducing leaks and piloting sustainable refrigeration technologies in stores. We continue to follow through on this commitment through our participation and certification of stores in EPA’s GreenChill Partnership.” 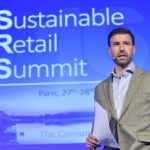 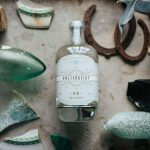