While the U.S. Environmental Protection Agency (EPA) attempts to rescind or modify amendments made by the Obama administration to the agency’s Risk Management Plan (RMP), one major compliance deadline has passed, and its requirement is now in effect, reported Lowell Randel, director of government affairs for the International Institute of Ammonia Refrigeration (IIAR).

That requirement calls for operators of refrigeration facilities using more than 10,000 lbs of anhydrous ammonia (among other users of dangerous chemicals) to coordinate with emergency responders, said Randel during his annual government affair update at IIAR’s Natural Refrigeration Conference and Expo, held March 4-6 in Phoenix, Ariz. That reminder was as part of a broad overview of IIAR’s efforts to reform federal ammonia regulations.

“Be sure you are coordinating [with emergency responders], and document your attempts to coordinate,” Randel urged attendees of his session.

Randel noted that some operators may already have an ongoing relationship with emergency responders that has an “annual documentation element to it.” But if they don’t, “that should be first and foremost in your mind.”

A number of other requirements under the Obama RMP amendments rule, including third-party audits, root cause analysis, safer alternatives analysis, emergency response exercises and information sharing with the public, do not take effect until March 2021, he noted.

Meanwhile, the EPA has been engaged in rulemaking since last May to rescind or modify the changes enacted in the amendments rule. The requirements to coordinate with emergency responders and to conduct emergency response exercises would be modified, while third-party audits, root cause analysis and safer alternatives analysis would be rescinded. Information sharing with the public would be mostly rescinded, noted Randel.

“We’re actively participating in [the rulemaking process,” said Randel. “We’ve done comments and I’ve done oral testimony.” The EPA has informed him that it expects to have a final rule out “sometime this summer.”

The RMP is a longstanding EPA regulation calling for safety measures in plants with dangerous chemicals. The Obama administration’s RMP amendments rule, developed after a deadly ammonia fertilizer explosion in 2013, was published January 13, 2017, shortly before the Trump administration took over.

The rule was delayed three times during 2017 – in January, March and June; the last time the effective date of the rule was extended until February 2019. However, In September 2018, the U.S. Court of Appeals for the District of Columbia changed the effective date to December 3, 2018, at which point the emergency coordination provisions would apply. 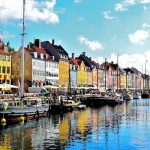