One way to reduce the energy consumption of a refrigeration system is to use it at night when energy costs are low and lower ambient temperatures yield maximum mechanical and condensing efficiency.

But what about during the day? For energy-intensive industrial refrigeration plants,Viking Cold Solutions has a solution.

Viking’s phase-change material, a mix of water and salt formulated for each temperature target, is packaged in “passive cells” – in effect, thermal batteries – and installed on elevated racks in the refrigerated space. It’s managed by a control system installed on top of a facility’s existing refrigeration control system. The material absorbs up to 85% of heat infiltration, which helps to stabilize temperatures in the facility, said Viking.

Though it has been marketing the thermal energy storage system for only about two-and-a-half years, Viking has already installed it at 33 locations in the U.S., mostly cold storage facilities, and in the walk-in freezer at a few supermarkets, including aWhole Foods Market outlet, said Collin Coker, Viking’s vice president of sales and marketing. Coker spoke about the system in June at the Global Cold Chain Expo in Chicago, where Viking exhibited.

Also in June, Viking announced that it had successfully completed the installation of eight thermal energy storage systems as a part of a utility-backed demand management program in Massachusetts. The systems store and facilitate the management of about 1.3 MW of energy at several cold storage facilities, including the Greater Boston Food Bank.

Some of Viking’s installations have been at plants using ammonia refrigeration, though not at any using transcritical CO2, still relatively new to the industrial refrigeration industry.

But Coker observed that the Viking system would help support the efficiency of a CO2 system running in higher ambient temperatures in transcritical mode.

“We are an exceptional pair with that technology in markets that have more transcritical days,” he said.

“The result were really wonderful.”

A measurement-and-verification case study on the thermal energy storage system describes an installation at a frozen food distribution center in Richmond, Calif., run by Dreisbach Enterprises, a logistics company.

The Viking system was installed as a retrofit in the facility’s 93,000-ft2 (8,640 m2) freezer with a centralized ammonia refrigeration system. The facility also has medium-temperature storage, dry storage and office space.

The system kicks in as ambient temperatures increase during peak hours of the day and the heat rejection of the condenser is less efficient.  The control algorithms reduce the run time of the refrigeration system, and allow fully charged, frozen thermal energy storage modules “to absorb the heat infiltration and maintain temperature stability inside the freezer,” said the case study.

“The result were really wonderful,” said Jason Dreisbach, owner of Dreisbach Enterprises, in a video on Viking’s website.

Thermal Energy Storage Around the World

Viking Cold Solution’s thermal energy storage system is one of a growing number of thermal storage applications being used with natural refrigeration systems. 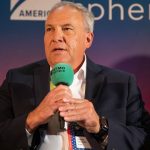 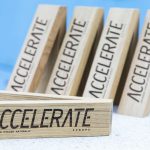