The first U.S. supermarket to install a transcritical CO2 was a Hannaford store in Turner, Maine (U.S.), which opened  in July 2013. As the most northeastern state in the U.S., Maine was considered a good location and climate for a transcritical system, which at that time worked less efficiently in warmer ambient temperatures.

But since then, technology – notably adiabatic gas coolers, parallel compression, ejectors, subcoolers, and more – has evolved to support the operation of transcritical CO2 systems in warm climates. Now stores well below the “CO2 equator” are opening with transcritical CO2 as their refrigeration system.

A recent example is a 75,000ft² (6,968m²) Seed to Table Market, a refurbished Albertsons store that opened in December 2019 in North Naples, Florida, the most southeastern state in the U.S. The system, provided by OEM Hillphoenix, Conyers, Georgia (U.S.), includes three rooftop adiabatic gas coolers from Baltimore Aircoil (BAC), which helps the system function efficiently in the balm climes of southwest Florida.

The energy usage of the transcritical system has yet to be assessed. But, despite the high ambient temperatures of North Naples, the energy consumption of the system as compared to that of a traditional DX system is expected to be at “parity, probably using a little more,” said Glenn Williams, sales manager, Supermarket Source, a Hialeah, Florida (U.S.)-based distributor of supermarket equipment, which arranged the purchase of the transcritical system for Seed to Table. The company services indepen- dent stores in Florida, with a division that supplies stores in New York City.

Seed to Table is Williams’ and Supermarket Source’s first transcritical CO2 project, though the company has handled subcritical CO2 systems for several stores. Williams, who previously worked for Hillphoenix in the southern U.S., suggested to Seed to Table’s owner, Alfie Oakes, that he should use CO2 refrigeration if he “wanted to go all natural,” though it would cost more up front. “But he was happy that CO2 was only 10% the cost of R448A refrigerant,” Williams said.

Williams described the owner as “sophisticated” about refrigeration, which he uses for his farms and warehouses and two stores in Delaware (U.S.). When we explained it, he got it immediately,” he said.

Seed to Table’s corporate owner, Oakes Farms, is an independent agribusiness operation based in Collier County, which encompasses Naples in southwest Florida. Its businesses include farming, packing, shipping, retail stores, and food service and seafood distribution. In addition to Seed to Table, Oakes Farms runs an Oakes Farms Market and a Food & Thought Organic General Store in Naples, it operates its farming divisions “in a manner that respects the long-term health and wellbeing of the environment, the land, our partners and the community.”

The Seed to Table store, which Williams calls a “destination” as well as a grocery store, features produce from the company farms, a large all-organic section, two-story wine section, ice cream shop, a fresh bakery and many other culinary favorites. Given its organic and environ- mental ethos, Oakes Farms was a good candidate for a natural refrigerant, in this case CO2.

The challenge posed by the weather in coastal South Florida is not just warm temperatures, but high humidity. So Seed to Table’s HVAC&R systems had to be designed to minimize the latter. SESCO,  a North Carolina-based engineering and equipment supply company, designed a complete store AC system using R410A to accomplish this. “The AC has performed phenomenally well,” said Williams.

The Seed to Table store presented a particular challenge. Because the store does a lot of cooking, it has more than 100ft (30.5m) of exhaust hoods that are configured to utilize at least 80% of their supply air to help to lower outside air requirements. However, it is still necessary to pressurize the store by introducing outside air, and treating it as well as the inside air to maintain a 75°F (24°C) dry-bulb temperature and 55% relative humidity (ASHRAE conditions that cases are designed for).

But in subcooling the air to remove humidity, the temperature may drop below 75°F; in that case, hot discharged CO2 is channeled to a heat exchanger coil in the AC system to warm the air, also helping to keep the refrigeration system in a more efficient, subcritical operational mode, said Williams. “The CO2-to-air heat exchanger took a little time to get adjusted properly, but everything has worked very well,” said Williams.

In the event of cool outside temperatures where heat is needed, the heat reclaim can also be used to warm up the store. (Gas heat is also available). CPC (Emerson) controls manage cooling, heating and dehumidification as well as refrigeration.

Destratification fans are also used to “keep the aisles from getting too cold  from open case spillage,” he said. “We move a lot of air around to make the  store more comfortable, and to have a smoother more efficient operation of the AC system.”

The transcritical system also provides the heat by which the store preheats potable water that is further heated by  a gas water heater (though sometimes the preheated water is sufficient). The two-step preheating takes place by means of two Swep heat exchangers; one is a blazed plate unit that employs glycol to grab heat from discharged CO2; the other uses the warm glycol to preheat potable water. “The water tank that we use can’t handle the CO2 pressure, so we needed another heat exchanger to heat the water and circulate it through the tank,” said Williams.

Meanwhile, at the display cases, up to four case controllers – tied to the rack controller – are used to manage the evaporators and electronic expansion valves.

A company called Cogent Enterprises monitors the cases remotely  and  contacts the store in the event of an issue. “They also use analytics to ensure proper operation and maximize energy saving where possible,” said Williams.

The transcritical refrigeration system “has done much better than they expected,” said Williams. “The system is working beautifully.”

Williams acknowledged that the system has experienced “a few issues,” but “that is be expected with a store they had so many firsts for them and the contractor who installed it. This included “some minor leaks,” though the system has never lost its original CO2 charge.

Seed to Table may be Supermarket Source’s first transcritical project, but it likely won’t be its last. Many stores in its distribution network are still using HFC DX systems with HFCs (some even with R22), noted Williams. He hears discussion about needing to “start talking to them about natural refrigerants – we want people to be more prepared.”

The transcritical CO2 system at the Seed to Table store in North Naples, Florida, includes the following:

Total heat rejected: 2,150 MBH when water and air heat reclaim are not used.

This article is included in a special issue of Accelerate focusing on Best Practices for Natural Refrigeration in Food Retail. Read the entire issue here. 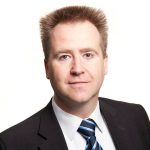 Secop: ‘Hydrocarbons Are Where We Should Be’ 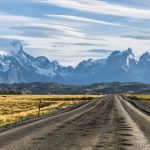