Drawing on a similar 2017 ruling, a three-judge panel in the U.S. Court of Appeal for the District of Columbia Circuit last week (April 5) partially vacated a 2016 U.S. Environmental Protection Agency (EPA) rule that banned the use of high-GWP HFC refrigerants in certain applications.

The rule – EPA’s SNAP (Significant New Alternatives Policy) Rule 21 – was vacated “to the extent that it requires manufacturers to replace HFCs that were previously and lawfully substituted for ozone-depleting substances (ODS).”

Notably, the court left in place the part of the rule that classified HFCs as unacceptable substitutes for ODS in equipment in which the ODS have not yet been removed, affirming the EPA’s authority to change the status of an ODS substitute from safe to prohibited.

The court’s decision came in response to a request made last monthby U.S. chemical manufacturers Honeywell International and Chemours, along with the Natural Resources Defense Council, to maintain the EPA’s authority to ban high-GWP HFCs in certain applications covered in SNAP Rule 21, enacted in 2017 during the Obama administration. Those applications include cold-storage warehouses, certain chillers, household refrigerators and freezers, retail food processing and dispensing equipment, and foam-blowing uses.

But the court deferred to its previous ruling, made in August 2017 in the case Mexichem Fluor, Inc. v. EPA,  that the EPA cannot require companies to replace HFCs with low-GWP substances under the agency’s 2015 SNAP Rule 20. Under Rule 20, HFCs could not be used in a variety of retail food refrigeration applications, motor vehicle air conditioning, certain foam-blowing uses and aerosol propellants after specified dates.

The Court of Appeals declined to reverse that ruling on appeal, and the U.S. Supreme Court later declined to hear the case. The reversal of the SNAP rule has since roiled the U.S. HVAC&R industry, leading California to adopt SNAP Rules 20 and 21, with other states following suit.

“We concluded that [section 612 of the Clean Air Act] does not grant the EPA authority to place such a burden on manufacturers,” the court said in the new ruling. However, the court noted that the 2017 decision “sustained as well-reasoned the EPA’s decision to ban further substitution of ozone-depleting substances with certain HFCs.”

The court rejected the argument that the previous court lacked jurisdiction because the plaintiffs did not bring the case in a timely fashion.

It seems like common sense, if you’re an owner of a cold storage facility, to just opt for refrigerants that aren’t subject to these complicated regulatory questions.

Christina Starr, climate policy analyst for the Environmental Investigation Agency (EIA), noted that the new ruling on SNAP Rule 21 raises the possibility that the EPA could leave HFC bans intact in cases where there are systems using ODS. “It seems like common sense, if you’re an owner of a cold storage facility, to just opt for refrigerants that aren’t subject to these complicated regulatory questions,” she said.

Meanwhile, some pending actions may yet impact the final disposition of the EPA’s ability to regulate HFCs. Last year the Natural Resourcws Defense Council anda coalition of 11 Attorneys Generalseparately sued the EPA over its decision to completely void SNAP Rule 20’s regulations pertaining to the use of HFCs.

And EPA said last year that it would begin a notice-and-comment rulemaking process to “address the remand of the 2015 rule.” The agency added that it “intends to consider the appropriate way to address HFC listings under the SNAP program in light of the court’s opinion.”

“We support the legal challenge to EPA’s guidance that fully revoked Rule 20 pending a proposed rule,” said Starr. “The court’s decision was only a partial vacature, so revoking the entire rule with no proposal to replace it was unlawful.” 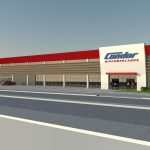 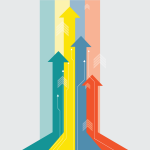 How to Build an Efficient Cold Storage Facility