Kayem Foods Inc., a Chelsea, Mass.-based meat processing facility, has reached a settlement with the U.S. Environmental Protection Agency (EPA) to pay a $138,281 penalty following the discovery of safety violations in its ammonia refrigeration system, according to an EPA Region 1 announcement.

Under the Risk Management Plan (RMP) regulations issued by EPA under the Clean Air Act, the facility is subject to safety directives due to its use of an ammonia-based refrigeration system with a charge of over 10,000 lbs. The regulation requires Kayem Foods to have safety protocols in place to properly manage the refrigerant, reducing the possibility of an accidental release that would jeopardize the safety of workers, emergency responders, and the surrounding community.

In July 2014, EPA discovered that the facility was out of compliance with the RMP and needed to upgrade and improve access to critical valves in case of emergency, provide alarms to warn of a release, reposition pressure relief piping to keep from endangering anyone nearby when in use, improve maintenance of system piping, improve the ventilation system for managing a potential ammonia release, and make other corrections at the facility.

In addition to the financial penalty. Kayem Foods has also provided EPA information indicating that the Chelsea facility is now in compliance with the RMP. Kayem Foods fully cooperated with EPA throughout the enforcement process, the EPA said.

For smaller facilities in New England that use fewer than 10,000 pounds of ammonia, EPA Region 1 is working to improve compliance with the General Duty Clause requirement of Section 112(r)(1) of the Clean Air Act that such facilities must identify hazards that may result from accidental releases, using appropriate hazard assessment techniques. 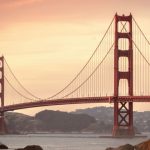 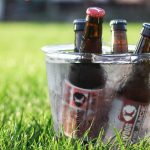