The system was chosen for its compactness and cost-effectiveness, according to a press release from GEA, which delivered the compressors for the system.

The Northern Defender was built in 1979, and the original synthetic refrigeration system had become outdated, and needed replacing. Highland Refrigeration, an OEM also based in Seattle, offered Global Seas two different solutions based on natural refrigerants, an ammonia-based system and a CO2 system. Global Seas chose CO2.

The initial cost for the ammonia system would have been higher than that of the CO2 system. However, “CO2 systems have one great advantage, which was also crucial in the case of the Northern Defender: the plant is very compact and can easily be made to fit during vessel conversions,” said Steve Schwitters, Project Engineer with Highland Refrigeration, in the GEA release.

The disadvantage in efficiency the CO2 system has compared to ammonia would be compensated by the higher capacity it is possible to install in the same space, according to GEA.

“Both [systems] are slightly more expensive to buy than a system for a synthetic refrigerant,” Schwitters said, but “if you include refrigerant loss of synthetics, which has to be offset against this, the balance looks very positive – and not just in terms of climate protection.”

The Northern Defender, a 45-meter trawler fishing in the Bering Sea, off the Alaskan coast, needed a system that could keep up to 340 tons (308,443kg) of pollock fresh on the several days’ journey back to port. For this, Highland Refrigeration built a 500kW (142.2TR) recirculated seawater (RSW) system that chills the catch with 0 to -1°C (32 to 30.2°F) seawater.

The system had to fit into a space only 8m (26ft) long, 1m (3.3ft) wide, and 2m (6.6ft) high. This was made possible largely due to the three very compact semi-hermetic HGX46/345-4 S GEA Bock compressors Highland Refrigeration selected for the project. The compressors are installed in a row and each is equipped with a frequency converter for speed control, allowing the system to operate efficiently at part loads.

All components in the system that comes into contact with seawater are made from titanium, an expensive, but very corrosion-resistant, metal. Since these components are much smaller than on conventional systems, the added cost of using titanium is offset by the reduced amount of material needed.

The new system on the Northern Defender operates reliably and mostly in the subcritical range, according to GEA. Since installation it has only experienced two minor issues, a leaking safety valve during commissioning, and a fault in one of the frequency converters. Neither of the errors has been substantial enough to shut down fishing operations.

The installation of the system on the Northern Defender, and of follow-up orders, has been a positive experience, according to GEA, and Highland Refrigeration is now increasingly offering CO2 systems for use on ships.

“Thanks to these GEA Bock compressors, we can now offer systems with a refrigerating capacity from 100 kW (28.4TR) to 1000 kW (284.3TR),” said Schwitters. “We offer a 200kW (56.9TR) system using a single compressor, which means costs comparable to existing ‘Freon’ systems.”

“They are ideal for those who would like to convert to natural refrigerants, but don’t want ammonia onboard, or don’t have space for larger compressors and systems,” Schwitters concluded. 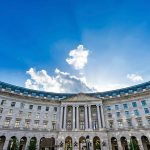