ALDI US, the leading user of natural refrigeration systems in the U.S, recently activated its first company wind turbine at its warehouse in Dwight, Illinois. (U.S.), about 60 miles south of its Batavia, Illinois headquarters.

“After breaking ground last summer, the wind turbine was recently activated and will power up to 40% of the warehouse’s total energy needs, reducing the amount of grey electricity consumed from the grid and replacing it with green electricity,” said an ALDI US spokesperson.

ALDI US, which is an independently operated member of German retailer ALDI South (Sud), operates more than 2,000 small-footprint stores across 36 U.S. states. All of ALDI US’s warehouses use ammonia (R717) in their main refrigeration systems.

The turbine at the Dwight warehouse is an expansion of the  ALDI renewable energy portfolio, building on other efforts that were given awards last October by the U.S. Environmental Protection Agency (EPA), including the 2019 GreenChill Store Certification Excellence award and the 2020 Green Power Leadership Award.

ALDI US received the 2019 Store Certification Excellence award for achieving the most GreenChill store certifications (331) between July 1, 2019, and June 20, 2020. All of those certifications were at the highest level, platinum, signifying their use of refrigerants with a GWP of less than 150.

As of September 2020, ALDI had installed natural refrigerant systems – mostly transcritical CO2 equipment – in 360 stores, the most of any U.S. food retailer.

The annual Green Power Leadership Awards are part of the EPA’s Green Power Partner recognition program that recognizes the leading green power users in the U.S. for helping advance the development of the nation’s voluntary green power market. ALDI US was one of only four U.S. organizations to receive an Excellence in Green Power Use Award for demonstrating exemplary action and dedication to significantly advancing the U.S. renewable energy market.

As of last October, ALDI US said it was purchasing more than 980 million kilowatt-hours (kWh) of green power annually, which is enough green power to meet more than 100% of the organization’s electricity use. Additionally, as of July 2020, ALDI US ranked No. 16 on EPA’s National Top 100 list of participating companies, No. 3 on the Top 30 Retail list and No. 15 on the Top 30 On-Site Renewables list.

“As one of America’s largest retailers, it’s important for ALDI to prioritize our adoption of green power usage across our operations, showing others that it’s an affordable, accessible choice that can help reduce air pollution and other emissions, said Aaron Sumida, vice president, ALDI US, in a statement last October.” We look forward to continuing our sustainability journey by taking intentional and strategic steps to make our stores and warehouses more environmentally friendly.”

“As one of America’s largest retailers, it’s important for ALDI to prioritize our adoption of green power usage across our operations, showing others that it’s an affordable, accessible choice that can help reduce air pollution and other emissions.” 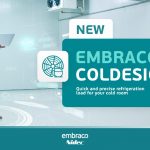 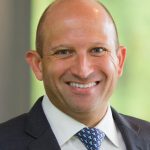 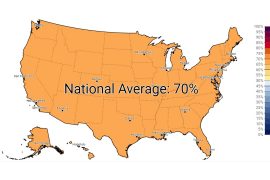 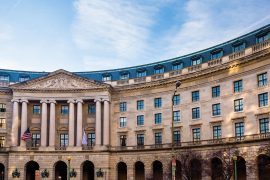