In a months-long investigation of 45 grocery stores in the Washington, D.C. metropolitan area, the Environmental Investigation Agency found “measurable leaks” of HFC refrigerants in the refrigerated aisles at 57% of the stores.

EIA investigators brought leak detectors into the stores to measure leaks starting at 2ppm, and used an infrared camera at one store to show HFCs leaking out onto products in an open refrigerated display case. In a few cases, leaks were still present months later.

The EIA, a Washington, D.C.-based NGO, described its findings in a report, “Leaking Havoc: Exposing Your Supermarket’s Invisible Climate Pollution.”

The EIA also posted a video describing the report.

“EIA findings scratch the surface of the systemic leakage issue, as a majority of refrigerant leaks occur away from the display cases in areas inaccessible to everyday customers and our investigators,” EIA said in its report.

Of the 45 stores, 20 were operated by Walmart, and the EIA investigators detected leaks at 60% of those stores. Last September, as part of a pledge to target zero GHG emissions across its global operations, Walmart announced that it is “transitioning to low-impact refrigerants for cooling and electrified equipment for heating in its stores, clubs, and data and distribution centers by 2040.”

“Despite empty promises, Walmart continues to use and leak potent super-pollutant chemicals,” said Avipsa Mahapatra, EIA’s Climate Campaign Lead. “It is appalling that supermarkets are failing to confront and control these easily preventable emissions, given our climate crisis. Our investigation makes it obvious that this glaring inaction is a crime against our climate, and should really be illegal.”

Refrigerants found in the stores included, R404A, R407A, and R507, which have global warming potentials of 3,922, 2,107 and 3,985, respectively. With the exception of three ALDI US stores, all stores visited were using HFCs detectable by EIA’s monitors. ALDI US is the leading supermarket user of transcritical CO2 refrigeration in the U.S.

“While small in concentration at any single location, even small concentrations have the potential to lead to major leaks over time,” EIA said. “Our investigation demonstrates that detection and response to seemingly low ppm leaks need to be taken more seriously throughout the industry.”

EIA invited responses from the chains, and received one from Whole Foods Market:“Whole Foods Market is proud to be a leader among U.S. supermarkets in reducing emissions of hydrofluorocarbons and adopting low-global warming potential refrigeration technologies. We set yearly refrigerant leak rate reduction goals internally and our stores are equipped with automatic leak detection systems that enable us to address leaks in a timely manner when they occur. We also set yearly leak rate reduction goals as part of our membership in the EPA’s GreenChill Partnership and were awarded a Superior Goal Achievement recognition for meeting our goal in 2019.”

The EIA report was covered in an article in The Washington Post, under the headline, “There’s an invisible climate threat seeping from grocery store freezers. Biden wants to change that.”

The Biden administration will be implementing the recently enacted American Innovation and Manufacturing Act (AIM) Act, which authorizes the U.S. Environmental Protection Agency (EPA) to regulate production, use, and emissions of HFCs. The EPA abandoned HFC rules during the Trump administration, allowing supermarkets to continue using high GWP HFCs.

Last year, the EPA rolled back an Obama-era rule requiring stores to repair HFC leaks. The EIA in its report urged that company policies and government regulations “ensure all leaks, even those detectable only at small concentrations, are promptly identified and repaired in every store.”

“It’s alarming that today’s regulatory landscape still allows supermarkets to legally use and leak HFCs in massive quantities,” said Christina Starr, Senior Policy Analyst at EIA. “With recent passage of the AIM Act, it’s high time for the EPA to design more effective regulations to accelerate replacement of HFCs with climate-friendly refrigerants and to require companies to monitor and mitigate leaks.”

It is appalling that supermarkets are failing to confront and control these easily preventable emissions, given our climate crisis.” 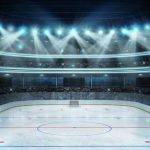 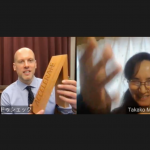