The choice of many smaller packaged units, rather than one large centralized system, will make the facility “very energy efficient,” according to Bob Glaser, Shamrock Project Manager and Enterprise Maintenance Manager, who described the project at ATMOsphere America, held online last October. (ATMOsphere America was organized by shecco, publisher of this website.)

The high energy efficiency is due to seven unique suction levels, which are set to closely track the room temperature in each of the seven zones, rather than a centralized system supplying cooling to all seven zones. The seven different temperature zones range from -20°F to 55°F (-28.9°C to 12.8°C).

One of 31 packaged units is a chiller with a capacity of 177TR (622kW). It provides chilled glycol cooling to produce rooms where fruit and vegetables like bananas and avocados are stored. Waste heat from the chiller is also recovered to a heated glycol loop, which provides underfloor heating for the freezer rooms, and tempering of the 55°F (12.8°C) storage rooms.

Another factor contributing to the high efficiency is the elimination of a very large piping network. The new distribution center is 1.1millionft2 (102,193m2), meaning a centralized system would have experienced significant pressure loss in the “half a mile” piping network it would have required, Glaser explained. Such an extensive piping network would also require extensive maintenance. With the packaged units, this pressure loss does not happen.

The maintenance of the packaged units will also be far easier, according to Glaser, and the risk of a costly facility-wide shutdown will be minimized by the redundancy of 31 units. “Something goes wrong, I shut that one off, and we will deal with that when I can get people there,” he said.

The choice of 31 penthouse units is not without its challenges though, one of them being the installation of the heavy units, each weighing 34,000lbs (15.4 metric tons), on the 22-acre roof, Glaser explained. Therefore, the design of the building had to ensure a structural integrity to support such heavy units, and they were installed at the same time as the roof was set.

The team also had to develop special carts that could move compressors from the roof, via elevators, to any required maintenance on ground level.

“The installation was definitely a challenge for this type of unit on a very, very large building,” Glaser said.

However, the challenges were outweighed by not only the environmental benefits, but also operational cost benefits, according to Glaser. “What’s the cost? Not talking about greenhouse gas, just actual physical cost to run this, and what we found is the ammonia is so much more efficient.”

An additional benefit to the packaged units is that any leaks would be ventilated straight to the atmosphere. This means that the new facility avoids having to comply with the strict Process Safety Management (PSM) protocol, as set out by the U.S. Occupational Health and Safety Administration (OSHA), and only has to comply with the General Duty Clause.

My compressor is 6ft away from the evaporator, there is no [pressure] loss there 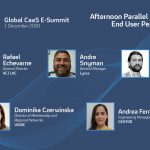 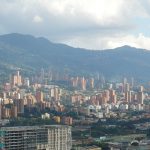