U.S. chain Weis Markets reported that a transcritical CO2 refrigeration system installed at a 54,000ft2 (5,017m2) store in Randolph, N.J., has “not once” entered less-efficient transcritical mode over the first year of operation, including during summer months when ambient temperatures exceeded 100°F (38°C).

The report was provided by Paul Burd, manager of refrigeration engineering for the Mid-Atlantic chain of 204 grocery stores, at the Food Marketing Institute’s Energy & Store Development Conference, held in Dallas, Texas, U.S., September 8-11.

Weis has been monitoring the energy performance of the Randolph store since it opened in July 2018. Burd offered data covering one year of operation, from August 1, 2018 through July 31, 2019, as well as from August 25-September 5, 2019.

He noted that the adiabatic gas cooler employs water when the ambient temperature exceeds 70°F (21°C), which generally happens two-to-three months out of the year. The water recirculates so that fresh water use is limited. Below 70°F, the adiabatic systems works like an air-cooled condenser.

“I wanted to be sure as much as I could that we didn’t go into transcritical mode, so we chose the adiabatic gas coolers.” 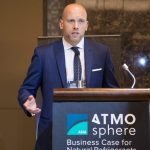 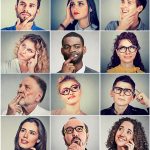