Embraco, a Joinville, Brazil-based portfolio brand of Nidec Global Appliance, has announced two free webinars, one on the use of flammable natural refrigerants (hydrocarbons) and on the other on basic refrigeration principles.

The hydrocarbons webinar, titled “Flammable Natural Refrigerant Use In Commercial Refrigeration,” is designed “to help contractors and other professionals to understand the advantages of working with natural refrigerants and also the best and safest ways to do so,” said Matthew Sopp, Key Account Manager, Embraco North America, in an Embraco press release.

The webinar, to be presented by Sopp, is scheduled for June 18, at 2pm EST, according to Embraco’s refrigeration club website, where interested parties can register.

Topics will include the “evolution, regulations and benefits of natural refrigerants to the environment,” says the website.

Attendees will also learn about the difference between R290 and R600a, how to perform cooling system changes, learning how to replace a compressor, and general safety recommendations, according to the website.

Embraco is also offering a webinar titled “Refrigeration Basics and Common Compressor Failures,” which is scheduled for June 4, 2020, at 2pm EST, the website said.

This webinar will be delivered by Denny Martin, Technical Support and Product Management at Embraco North America. It will teach the basics of refrigeration, including a description of “the compressor’s main parts, electric motor types and electrical components,” said the website.

Embraco is also offering webinars in both Portuguese and Spanish on natural refrigerants and refrigeration technology more generally.

On June 9, 2020, there will be a Portuguese webinar on “Natural refrigerants and variable speed,” as well as a webinar on condensing units, scheduled for June 23, 2020, said the press release. 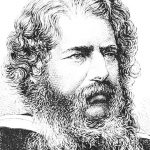 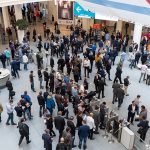