Repairing refrigeration systems is always a challenge, but imagine doing it weightless in space.

That’s what astronauts Luca Parmitano of the European Space Agency (ESA) and Andrew Morgan of the National Aeronautics and Space Administration (NASA) managed to do in four space walks outside of the International Space Station between November and January.

Their task was to replace a CO2 cooling system in the Alpha Magnetic Spectrometer (AMS), a $2 billion instrument that sits outside of the space station.

Launched in 2011, the AMS captures high-energy particles in order to identify what they are and where they come from. This sheds light on the nature of antimatter, dark matter and dark energy – some of the biggest mysteries of the cosmos.

The AMS cooling system includes four small CO2 refrigerant pumps to keep its detectors at the proper temperature. Each is outfitted with an impeller the size of a U.S. quarter that spins at 6,000 revolutions per minute to move 6g (0.2oz) of CO2 through the system, explained Scientific American.

Only one pump is used at a time, and each has a three-year design life, so, theoretically, the system should last 12 years. Ammonia is also used for cooling. (More detail on the cooling technology is available at an MIT research site).

It turned out the pumps did not have enough internal lubrication and were slowly grinding themselves up, which caused them to jam, according to the Scientific American article. They began failing in 2014. NASA kicked off an effort to figure out if replacing the cooling system by space-walking astronauts was even possible.

By the time the astronauts floated outside the station’s airlock for the first of four planned spacewalks, the AMS was down to just one pump and nearly out of CO2 coolant. Had nothing been done, the final original pump was expected to fail within a matter of months, explained an article in the online publication collectSPACE.

During the first two spacewalks, on November 15 and 22, Parmitano and Morgan eliminated a protective panel from the AMS, exposing the thermal control system. They then cut zip ties and drew back insulation, cut through a line to vent recurring coolant overboard, and ultimately cut eight coolant flow lines. It was all broadcast live on NASA Television.

In the third spacewalk on December 2, they installed the new cooling system, which involved clean cuts of eight stainless steel tubes attached to the defective cooling system and the welding of new tubes from the replacement system. Twenty new tools were developed specifically for this installation.

The system was pressurized and the fittings were tightened during the fourth and final spacewalk on January 25, in an effort to guarantee leak-free performance. The journey continues. 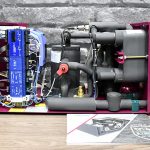 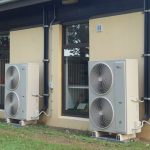