Together, refrigerant management and alternative refrigerants would reduce more than 100Gt of CO2e emissions, according to the new data.

The 2017 book, Drawdown: The Most Comprehensive Plan Ever Proposed to Reverse Global Warming, documented and ranked currently available climate-change mitigation technologies and practices based on their ability to reduce greenhouse gas (GHG) emissions between 2020 and 2050.

In early March, Project Drawdown released its first major update to its original book, in a document called The Drawdown Review, available at Project Drawdown’s website. The Review, while applying the same research methodology as Drawdown, differs in some respects, such as ranking 76 technologies/practices rather than 80 (some were merged.) Some solutions changed their positions in the rankings, reflecting their level of implementation.

“We’re always updating our methodology to better represent, to the best of our knowledge, the potential of different technologies and practices,” said Chad Frischmann, Vice President and Research Director for Project Drawdown.

By creating a separate category for alternative refrigerants, Project Drawdown reduced the size of the refrigerant management GHG reduction to 57.7Gt (or 57.8Gt) from 89.70Gt, since the transition to new refrigerants results in less HFCs to manage, noted Frischmann.

For an in-depth look at how cooling fits into Project Drawdown, see the cover story of Accelerate Magazine’s April issue, which will be published online on April 14.

We’re always updating our methodology to better represent, to the best of our knowledge, the potential of different technologies and practices. 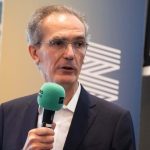 U.S.-Based Carrier, a Leading CO2 provider in Europe, Spins Off from UTC 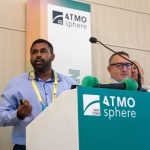