The end user panel at the first ever ATMOsphere Cape Town conference, held on March 10, South Africe, featured representatives of three retailers and two food processors, all of whom have had positive experiences with natural refrigerants.

The panel was one of more than 20 presentations on local and global market trends as well as new technology and policy, with 150+ attendees from around the world on hand. (ATMOsphere conferences are organized by shecco, publisher of Accelerate Magazine.)

This wasn’t the first time an ATMOsphere conference took place in South Africa. In 2018, an ATMOsphere networking event was held in Johannesburg during the FRIGAIR trade exhibition. Alex Kuzma, Head of Engineering Services at Woolworths – the first retailer in South Africa to adopt CO2– presented the benefits of this move. Kuzma returned to ATMOsphere Cape Town as a speaker, but this time his company was no longer the only retailer using natural refrigerants.

Richard Taylor, General Manager of Store Design and Implementation of Cape Town-based food retailer Pick n Pay (PnP), was first to the podium to talk about his company’s journey with CO2. PnP, he said, started looking at CO2 after hearing Kuzma’s presentation at FRIGAIR in 2018. At that time, PnP didn’t have a single CO2 store, but by the end of the week after FRIGAIR, Taylor had the go-ahead for the first CO2 installation. Today, PnP boasts 17 stores running on transcritical CO2, a number that should almost double by year’s end, according to Taylor.

“Our transcritical CO2 score at the end of 2020 will be 32 [stores],” said Taylor. “Considering that score was 0 in mid-2018, you really just have to get one store on the board, and you will make a dent quickly.”

Taylor talked everyone through the initial barriers to getting started on transcritical CO2. The biggest was the premium paid on CO2 systems over fluorinated alternatives, as well as the fact that these systems weren’t initially energy efficient in higher ambient temperatures. There was also an initial concern about not having enough expertise locally to install and maintain these installations – especially in the smaller, more rural towns. But this changed as the technology became more popular locally.

Taylor explained that it’s easier to motivate an investment in transcritical CO2 for a large store or hypermarket, but it becomes much more difficult for a smaller store, especially for the franchisees and stores in the more rural areas.

PnP has been tracking the energy used by transcritical CO2 stores vs. cascade CO2 stores and those using only fluorinated refrigerants. Taylor pointed out that often a 2020 transcritical system is compared to a 1999 synthetic refrigerant system, which will obviously make the CO2 system look more efficient. “You have to be careful what you are comparing – when you are comparing with a state-of-the-art freon system, the race is actually quite close,” he said.

Taylor said he believes grocers should reduce the energy consumption of their stores first and “then motivate for new equipment.” He recommends things like putting doors on display fridges and having smaller fridges as well as using analytics to reduce the need for refrigeration.

Kuzma was up next and spoke about Woolworths’ decade-long transition to CO2, which now includes smaller stores. Cape Town-based Woolworths – not associated with the Woolworths chain in Australia – operates over 200 full-line stores with food offerings and more than 400 stand-alone food stores, with about 60 more in other African nations.

“For us it’s a no-brainer; CO2 is business as usual now,” Kuzma said, starting off his presentation. “We generally go for CO2 wherever we can – because it works, and it works well.”

Woolworths installed its first subcritical CO2 system in October 2009 and currently has nine stores running on this technology. In November 2010, it moved to transcritical CO2 and today uses it at more than 100 stores.

“We found it reliable and simple – and of course, sustainable,” Kuzma said about transcritical CO2. He said he had a lot of support from Woolworths’ board as the company’s strategy aligned with going “green.” Transcritical CO2 is also future proof, a major plus, he said. “This is Africa, I have enough to worry about already – I want to just put a system in and not worry about it again. Transcritical CO2 allows for that.”

Woolworths was also initially worried about energy savings, but Kuzma said that with parallel compression, the company has managed to save energy for more than a year. Parallel compression enables the crossover point where the system is working harder to move from 27°C (80.6°F) to 38°C (100.4°F), and the temperature rarely reaches the latter. He also mentioned the “excellent heat reclaim opportunity” that comes with transcritical CO2 as well as the fact that HFC costs are spiraling upward.

According to Kuzma, in larger stores, transcritical CO2 becomes almost cost neutral – but the challenge lies in smaller stores. “I want to make CO2 the default for all formats but we are battling a bit with the smaller stores,” he said.

According to Kuzma, the price premium for transcritical CO2 above an HFC refrigeration system is about 16% at smaller stores. Transcritical equipment that cost more than HFC counterparts include compressors and components capable of withstanding higher pressures, while the piping itself is cheaper (less copper) as is the price of the gas (with less needed).

So, what are the solutions to higher cost? First, economies of scale, Kuzma said.

He was encouraged by seeing the other retailers on stage talking about CO2. “CO2and other natural refrigerants need to become more mainstream,” he said. “We see it as a commodity.”

Kuzma ended by looking at what end users consider when selecting a refrigeration system. At the top of his list was performance, as retailers regularly inspect core product temperatures. Then, reliability and low maintenance are key – boxes CO2 easily checks, he explained. Other priorities include energy efficiency and compatibility with African conditions – i.e. being robust and simple so any technician can work on it. He also listed being future proof and meeting emissions standards. Of course, the list also includes being cost effective and having a compact footprint. Don’t just think about CAPEX though, Kuzma urged, reiterating the importance of life-cycle costing.

The third panelist was Wayne Derdekind, Group Development Manager of SPAR, which only recently started using tran-scritical CO2 in retail stores in South Africa. SPAR, based in the Netherlands, operates more than 13,000 mostly franchised stores in 48 countries. In South Africa, there are more than 800 stores, with a relatively small footprint (1,164m2/12,529ft2).

Although transcritical CO2 is nothing new for SPAR’s European retail stores, South Africa has been slow to catch up, so far with only three transcritical instal-lations, said Derdekind. This is because in South Africa, SPAR is a voluntary trading organization (similar to a franchise), he explained. Retailers pay a fee to belong to the brand, but SPAR doesn’t dictate things such as what refrigeration system should be put in. Its retailers have a lot of freedom regarding what they use – and usually cost is a primary consideration.

Derdekind echoed the other retailers in saying that, traditionally, transcritical CO2 didn’t have potential for a great return on investment for retailers. This was predominantly because of South Africa’s warm climate. As such, the only angle is the environmental benefit. “Our challenge comes with convincing these retailers to invest in something for a ‘noble cause,’” said Derdekind.

That has been SPAR’s biggest difficulty – until now. Fortunately, as technology and the industry evolved, the costs came down and efficiencies went up. Available expertise was a problem, as were avail-ability and cost of components. But as South African retailers’ demand for transcritical CO2grows, so does the local industry and expertise. “Transcritical CO2 systems are getting more efficient and we’re now seeing them match or even exceed efficiencies on R404A plants,” he added. “It is becoming a great motivator for our retailers.”

It’s not a no-brainer yet, because the savings don’t yet justify the premium. “It still involves a bit of sacrifice, but retailers are starting to see the long-term benefits,” said Derdekind.

When you go to international trade fairs such as EuroShop and Chillventa, it’s clear that the world is moving away from HFCs, which Derdekind sees as a positive sign, and he thanked Woolworths and PnP for “setting the path” locally for CO2 in South Africa. “It has given our retailers a little bit more confidence to start looking at investing in it.”

However, Derdekind still believes there should be incentives from government entities for retailers to go natural in order to soften the financial blow. He said incentives would lead to far better buy-in from independent retailers.

Trading on the successes of the other retailers, SPAR has completed three transcritical CO2 stores. The hope is to be able to show a significant improvement in energy savings, which will incentivize other stores to follow suit. “We hope there will be a knock-on effect,” Derdekind said, mentioning that there are already another eight transcritical CO2 stores in the pipeline for 2020. “Hopefully at the next ATMO we’ll be in the double digits, too.”

The next issue of Accelerate Magazine (June) will feature coverage of the two food processing companies in the ATMOsphere Cape Town end users panel.

This article originally appeared in the April/May edition of Accelerate Magazine. 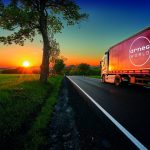 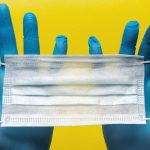 Star Refrigeration Works Through Pandemic in U.K. to ‘Help Feed the Nation’