Stakeholders Urged to Comment on Hydrocarbon Charge Limit for Equipment in Corridors, Lobbies

Industry stakeholders in North America are being called upon to comment on a revision of an ASHRAE standard pertaining to the use of cooling equipment with hydrocarbon refrigerant in corridors and lobbies of commercial buildings like hotels – in particular how much propane should be permitted.

Stakeholders can comment here. The deadline for commenting is April 5.

The standard being revised is a provision of ANSI/ASHRAE 15-2019, which covers commercial refrigeration safety. The provision currently bars the use of cooling equipment like vending machines and display cases in corridors and lobbies of commercial buildings if they employ hydrocarbon refrigerant.

A proposal under consideration by AHSRAE (Addendum c) would allow up to 114g of propane (three times LFL, the lower flammability limit for hydrocarbons) to be used in equipment in these spaces. The equipment would include  vending machines and most other light commercial refrigeration equipment like small one-door beverage coolers and ice makers.

In a blog post on March 25, the Environmental Investigation Agency (EIA), while calling the proposal “a good step forward,” said it should be improved to allow “a broader swath” of equipment to be used.

EIA pointed out that the standards body CANENA (WG12)  is currently working on updating the UL/CSA 60335-2-89 standard for the U.S. and Canada to more closely align with the global IEC hydrocarbon charge-limit standard for commercial refrigeration; the IEC standard was updated last year to allow up to 500g of hydrocarbons in self-contained equipment.

According to Marek Zgliczynski, chair of the IEC SC61C subcommittee that over oversees the IEC’s commercial refrigeration standard, CANENA WG12 is considering a 500g hydrocarbon charge limit (13 times LFL) for open cases and 300g (eight times LFL) for closed cases.

EIA is calling for the UL/CSA 60335-2-89 proposal “to be fully adopted in the next edition of ASHRAE-15 or directly adopted in state and local building codes.”  To that end, The NGO urged that Addendum c should be revised to allow for more than three times LFL for self-contained equipment listed under UL 60335-2-89, provided that the equipment passes “Annex CC” and is installed in accordance with minimum room size requirements. Annex CC testing is designed to prevent flammable refrigerant concentration surrounding theappliance in case of a leak.

In particular, EIA is recommending a charge limit of 13 times LFL, subject to appropriate restrictions under section 7.5.3 of ASHRAE-15.

EIA contends this is possible if ASHRAE considers  the relevance of additional safety measures for using more than 114 grams of hydrocarbons in corridors and lobbies. “Updated safety requirements for self-contained refrigeration equipment under UL 60335-2-89 will incorporate additional safety testing and installation requirements for minimum room size that will enable safe use of equipment using more than 3 x LFL.”

A higher charge limit. EIA added,  “would allow consistent design for a wider range of hydrocarbon equipment to be used in hotel lobbies, including multi-door refrigerated cabinets and ice machines.”

“Developing modernized safety standards and building codes “is vital to enabling widespread use of climate-friendly refrigerants,” said EIA. Without updates to existing overly restrictive outdated standards, many HFC-free refrigerants, such as hydrocarbons, “will continue to face market hurdles.”

Moreover, the NGO pointed out, changes to ASHRAE-15 abd UL hydrocarbon charge-limit standards need to be incorporated in the next round of U.S. building codes, which take effect in 2023. If they aren’t, “the U.S. market will lose at least several important years in fully enabling climate-friendly hydrocarbons.” 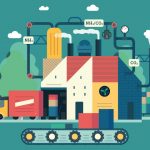 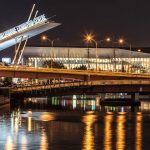