A study published May 22 in the journal Nature scientifically confirms the origins of large-scale emissions of the banned ozone-depleting chemical CFC-11 in eastern China, primarily in the heavily industrialized northeastern provinces of Hebei and Shandong.

The study, conducted by researchers at Kyungpook National University in Daegu, South Korea, and the University of Bristol in the U.K., found that 40%-60% or more of the increase in global emissions of CFC-11 since 2012 can be attributed to Hebei and Shandong. It follows up a study published last year in Nature that cited an “unexpected and persistent increase” in emissions of CGC-11 in East Asia.

“The most critical action for China now is to locate and permanently shut down all CFC-11 production,” said Clare Perry, EIA U.K. climate campaign leader for the Environmental Investigation Agency (EIA), which has conducted its own study of the CFC-11 issue. “This will require a significant and sustained intelligence-led enforcement effort from China.”

Perry added that “there are still multiple unresolved issues, including how much illegal CFC-11 remains in hidden stockpiles or may have been already exported in foam products or polyol blends.”

The most critical action for China now is to locate and permanently shut down all CFC-11 production. – Clare Perry, EIA U.K.

The findings of the new study also back up the findings of an EIA study conducted last year, which demonstrated widespread illegal use of CFC-11 in China’s foam blowing sector; that sector is primarily located in the areas covered by the new study.

“This new paper scientifically confirms that large scale CFC-11 emissions came from eastern China, as identified by our investigations and reports,” said Avipsa Mahapatra, climate campaign lead, EIA-U.S. EIA has calculated that illegal CFC-11 use in China may have created a total bank of almost 4 gigametric tons of CO2equivalent between 2013 and 2017 contained in existing polyurethane foam products, much of which is yet to be emitted into the atmosphere.

The New York Times also reported finding evidence that factories in Shandong were still making or using CFC-11 to make foam insultation. The newspaper quoted the Chinese Ministry of Ecology and Environment in an article on Mat 22 saying it was preparing answers to questions about the new findings.

Since eastern China accounts for only 40%-60% of the rise in global CFC-11 emissions, EIA remains concerned about there the rest comes from. “The fact that scientists cannot pinpoint the source of the remaining emissions demonstrates the lack of sufficient monitoring capacity in other parts of the world,” said Mahapatra. “This cannot be treated as isolated cases in China and underlines the need to fundamentally revisit the Montreal Protocol’s monitoring and enforcement regime, including expanding approaches to tracking the supply chain of controlled substances.” 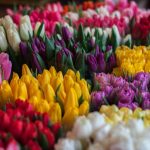 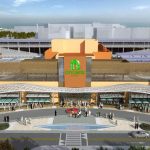