The U.S. states of Rhode Island, Massachusetts and Maine are preparing to regulate HFCs, according to an announcement by Rhode Island’s Department of Environmental Management (DEM).

The three New England states join 12 other states that have taken action to reduce the use of HFCs in the absence of federal leadership on the issue, though bipartisan federal HFC legislation has recently been introduced in both chambers of Congress.

“We must use every tool at our disposal to take urgent action on climate change,” said Governor Gina M Raimondo. “In the absence of federal leadership, I’m proud to stand with governors on both sides of the aisle who recognize the dangers of HFCs. It’s time to regulate these harmful pollutants.”

As part of the regulatory process related to HFCs, Rhode Island’s DEM will hold workshops with manufacturers and other stakeholders this spring to discuss the proposed regulatory changes. DEM anticipates filing new regulations this summer to phase down HFCs and replace them with less harmful alternatives.

The proposed regulations will be generally consistent with those enacted or being developed by other states that have addressed HFCs. They generally adopt an application-specific HFC reduction schedule similar to that originally adopted but later dropped by the U.S. Environmental Protection Agency’s SNAP (Significant New Alternative Policy) Rules 20 and 21.

The other states include California, Washington, Vermont and New Jersey (which have adopted HFC prohibitions) as well as Colorado, Connecticut, Delaware, Hawaii, Maryland, New York, Pennsylvania and Oregon (which are tackling HFCs under existing laws or pending bills).

Colorado, Hawaii and Oregon recently announced that they are pursuing HFC-reduction plans.

All 15 states addressing HFCs are part of the U.S. Climate Alliance, a group of 24 states (plus Puerto Rico) that formed to confront climate change in the absence of federal leadership

“I am proud to join with the other governors in the U.S. Climate Alliance in moving to prohibit the use of HFCs and bring Massachusetts closer to achieving its ambitious greenhouse gas reduction targets,” said Governor Charlie Baker. “For the Commonwealth to meet our goal to reach net-zero emissions by 2050, we will need to act to curb high-emitting sources like HFCs, and this plan represents a great opportunity to combat climate change and preserve our environment.”

“HFCs are the heavy hitter of climate change, inflicting significantly more damage than CO2 in much smaller doses,” said Maine Governor Janet Mills. “With safer alternatives now available, the gradual phase out of these super pollutants makes sense for consumers, businesses, and our environment. I am proud to join with other governors from the U.S. Climate Alliance in taking this step. Our actions show that, regardless of what happens – or doesn’t happen – in Washington, states can forge important progress in fighting climate change.”

In the absence of federal leadership, I’m proud to stand with governors on both sides of the aisle who recognize the dangers of HFCs. 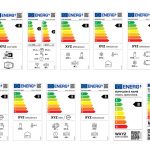 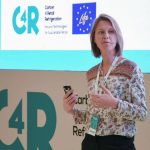 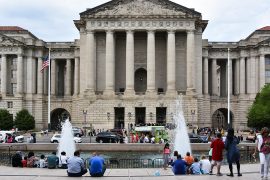 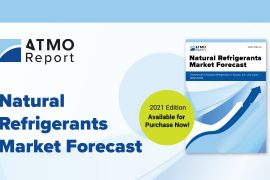 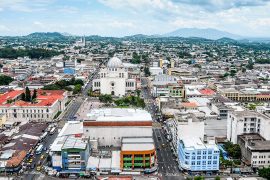