To Russia with CO2, As Germans Open Transcritical Stores

German grocers METRO AG and Globus have both opened new transcritical CO2 stores in Russia in recent months, pointing toward wider adoption of the technology in this country.

A new hypermarket in the Moscow neighborhood of Salaryevo, which opened in April, is Globus’ first such store in Russia, and METRO AG opened its third transcritical store in Solntsevo, also Moscow, in July. Both stores’ systems use parallel compressors – and the Solntsevo system employs an ejector – to increase efficiency, and both utilize heat recovery to supply hot water and heating.

“Talking about the large hypermarkets format, we don’t see any other alternatives to CO2 transcritical systems, as one of our top priorities is to increase the efficiency of refrigeration systems,” said Vitaly Belozertsev, lead engineer for energy efficiency and refrigeration at Globus.

The Russian refrigeration market tends to follow global trends for energy efficiency and environmental sustainability, a development that is at least partly due to the presence of international food retail chains like METRO and Globus, according to literature from Danish component manufacturer Danfoss, which was involved in both new installations.

Russian end users are looking to their compatriots in the rest of Europe for inspiration, especially when it comes to implementing large refrigeration projects, Danfoss said.

Russia does not currently have any national regulations governing f-gas use but is scheduled to ratify the Kigali Amendment in the near future, said Moscow-based Anastasia Isaeva, marketing manager for Danfoss, in an email to Accelerate Magazine. This has prompted several companies in Russia to start working with CO2 to master the technology and future-proof their systems, she added.

Natural refrigerants are a must for our climate, for our future as a wholesaler, and we will consequently follow this path.”

In 2013, METRO AG initiated its F-Gas Exit Program, aiming to reduce f-gas emissions by 90% by 2030. The progress has been good. As of May 2019, 27% of METRO AG’s stores were using natural refrigerants, including 95 with transcritical CO2.

In Russia, however, METRO didn’t jump straight into using transcritical systems. In 2015, the company instead installed its first subcritical CO2 system.

“We started in some countries the transition from HFC or HCFC with subcritical systems, because either the relevant industry or installer capacities for installation, maintenance and repair of transcritical systems were missing,” said Olaf Schulze, director – energy, facility and resource management, METRO AG.

Four years later this situation has changed. “In Russia we have now well performing installer partners, so that transcritical could be the standard. For us in METRO we will only install without exemptions transcritical systems, so far as technically possible,” Schulze added.

METRO operates 94 stores in Russia, with 25 subcritical installations and three transcritical stores opened this year (in addition to Solntsevo, one each in Aparinki and Odintsovo). A further five transcritical stores – in St. Petersburg, Lipetzk, Tyumen, Ulyanovsk and Nishni Novgorod, the last two with ejectors – are under construction or refurbishment, all expected to be finished by September 2019. At that point all R22 equipment will be exchanged with either subcritical or transcritical systems.

A first for Globus

Globus’ new hypermarket in Salaryevo is its 15th in Russia, and the first using transcritical CO2 booster technology. The German grocer has previous experience with the technology though, having CO2 systems installed in stores in Germany, Luxembourg and the Czech Republic.

With a total cooling capacity of 1 MW, the new system is also currently the largest transcritical unit in Russia, according to Danfoss, which helped design and test the new system.

The installation cost for the new system in Salaryevo was 10%-15% higher than that of a comparable traditional system would have been, said Danfoss. However, the energy savings are expected to be around 25%-30%, and the ROI three-and-a-half years.

In addition to operational savings, transcritical CO2 system at this facility has reduced the installed capacity by 15%, said Belozertsev. “What is more – we got a very efficient heat recovery, the cost of CO2 refrigerant is 20 times lower than the cost of traditional refrigerants, and it is produced in Russia.”

What the future brings

Both retailers are positive about the future of CO2 technology in Russia. “Globus Salaryevo is our first CO2 project in Russia, but definitely not the last one,” said Belozertsev.

“Natural refrigerants are a must for our climate, for our future as a wholesaler, and we will consequently follow this path,” said Schulze, adding, “We are sure also the customers will recognize it.” 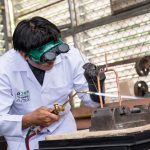 Training the Trainers on R290 AC in Thailand 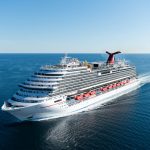