At the Food Marketing Institute (FMI) Energy & Store Development Conference in Dallas, Texas, two U.K. companies made their first appearance at the conference at tables in the exhibition hall.

The companies, Aerofoil-Energy and Wirth Research, are bringing to the North American market similar blade-like systems that attach to the front of open multi-deck refrigerated display cases. Both systems employ aerodynamic principles to manage the airflow in front of the cases open display cases to prevent them from losing cold air, thereby saving energy and boosting the quality of the cold food on display. Wirth uses two blades running parallel to the front of display shelves, to which they are attached, while Aerofoil employs one blade.

The systems offer an alternative, albeit a less efficient one, to enclosing the cases with glass doors, which some retailers believe hurts product sales.

Wirth Research is partnering with Dover Food Retail (which comprises Hillphoenix and Anthony) to market the Ecoblade shelf-edge system with Hillphoenix open refrigerated display cases. While Wirth’s product could be seen at the Dover table, Aerofoil-Energy was marketing its product at its own table at the FMI conference, held September 8-11.

Aerofoil is the brainchild of Paul McAndrew, who invented the system in 2013 and later designed it for commercial use in collaboration with Williams Advanced Engineering.

After testing the technology, Aerofoil Energy received a “big order” in 2017 from U.K. retailer Sainsbury’s, said McAndrew. This was followed by a string of orders from Asda, Tesco and Marks & Spencer over the past 18 months accounting for about 4,000 stores, or 70% of the U.K. grocery market, said Andrews.

Aerofoil-Energy’s shelf-edge blade is designed “like an airplane wing” to bend cold air toward the shelves, keeping warm air out without creating “turbulence,” explained McAndrew. The blades reduce energy consumption on average by 15%, according to a 2018 Sainsbury’s sustainability update published by Aerofoil-Energy. Sainsbury’s is also a major user of CO2 refrigeration systems.

In the U.S. Aerofoil-Energy has started a two-store trial with Wal-Mart, which will expand to additional stores, said McAndrew, who added that other large U.S. retail chains are slated to follow suit.

Aerofoil-Energy mainly retrofits retailers’ existing cabinets, though it also supplies case manufacturers with its product, Andrews said. Retrofitting a cabinet with the shelf blades costs about 250 pounds sterling (US$307). 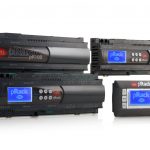 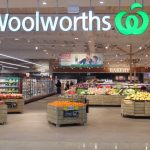