Julie Cerqueira, executive director for the U.S. Climate Alliance – which has been coordinating state efforts on HFC reduction and other climate measures – will be participating in a policy and standards session at the ATMOsphere America conference on natural refrigerants.

The conference, organized by shecco, publisher of this website, will take place June 17-18 in Atlanta, Ga. Joining Cerqueira on the policy and standards session will be Glenn Gallagher, air pollution specialist with the California Air Resources Board (CARB).

The Alliance, which now includes governors from 24 states (including Puerto Rico) was formed in June 2017 in response to the Trump administration’s intention to withdraw the U.S. from the Paris Agreement. Each state commits to reducing emissions in line with the U.S. target under Paris, and all have enacted new climate policy measures since joining the Alliance.

HFCs [reduction] is where we have made the most progress. – Julie Cerqueira, U.S. Climate Alliance

One of the Alliance’s key targets has been short-lived climate pollutants (SLCPs), which include HFCs, methane and black carbon. The Alliance says on its website that it is committed to “accelerating the replacement of climate warming HFCs through voluntary and regulatory approaches, and Alliance states will work together in the coming year to explore actions appropriate for each of our states.”

Last year, the Alliance issued an “SLCP Challenge to Action Roadmap,” which provides a framework that has the potential to reduce collective SLCPs emissions by as much as 40%-50% by 2030.

According to Cerqueira, the Alliance’s SLCP working group “has probably been one of our most active groups, and HFCs [reduction] is where we have made the most progress.”

California has been the most proactive member state in regulating HFCs, but three other Alliance states – New York, Connecticut and Maryland – are in the process of enacting HFC regulations based on California’s efforts. Last month Alliance member Washington state passed legislation phasing out the use of HFCs in various applications and calling for a study of how to increase the use of products that do not contain HFCs. 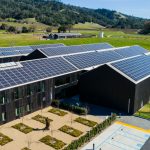 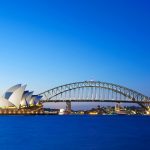