In 2017, after the Trump administration announced that it planned to withdraw from the Paris accord on climate change, three governors – Jerry Brown of California, Andrew Cuomo of New York and Jay Inslee of Washington – decided to create a bipartisan group that would address climate change at the state level.

That group – the U.S. Climate Alliance – initially consisted of  the governors of 16 U.S. states and Puerto Rico. It has since added governors from seven other states, the latest being Pennsylvania, which joined in late April.

The other states include Colorado, Connecticut, Delaware, Hawaii, Illinois, Maine, Maryland, Massachusetts, Michigan, Minnesota, Nevada, New Jersey, New Mexico, North Carolina, Oregon, Rhode Island, Vermont, Virginia and Wisconsin. (Three of the governors – from Massachusetts, Vermont and Maryland – are Republicans; the rest are Democrats.) Collectively, the states represent more than half the U.S. population and the third largest economy in the world.

In addressing climate change, states commit to implementing policies that aim to reduce greenhouse gas (GHG) emissions by at least 26%-28% below 2005 levels by 2025 – the goal set by the Obama administration for the Paris accord.

Joining the U.S. Climate Alliance is a serious commitment. “We want to make sure the Alliance is not used for ‘greenwashing,’” said Julie Cerqueira, its executive director. “The governors invited are those committed to doing what they can on climate change, and are willing to work together to be a unified voice and look for multi-state approaches that can be transformational.”

[States are] trying to have rules as consistent as possible to make it easy for industry to be in compliance.

The Alliance runs nine working groups covering a range of climate issues.  States share their experiences as they develop regulations and consult with stakeholders. One of the most active groups is focused on addressing short-lived climate pollutants (SLCPs), including HFCs and methane, which are powerful GHGs. These “non-CO2” gases “are often forgotten in everybody’s quest for low-carbon energy and transportation,” said Cerqueira. “Yet methane is the second largest greenhouse gas and HFCs are really powerful.”

Last year, the Alliance issued an “SLCP Challenge” urging national and subnational jurisdictions, business and other actors to bring SLCP-reduction plans to the Global Climate Action Summit in San Francisco, Calif., in September. That month, the Alliance issued its own SLCP “Challenge to Action” roadmap filled with recommendations on how to reduce SLCP emissions by 40% below 2013 levels by 2030. For HFC reduction, the plan suggested that states could adopt regulations, limit use of high-GWP refrigerants, and develop incentive programs for new low-GWP systems, among other measures.

California, the leader of the SLCP Working Group, is the Alliance state that has done the most to reduce HFC emissions, having passed the California Cooling Act last September. The Act established incentives for low-GWP refrigerant systems and adopted many of the U.S. Environmental Protection Agency’s HFC restrictions that were partially revoked by a U.S. Court of Appeals decision in 2017.

“HFCs is where we’ve made the most progress,” said Cerqueira, referring to the multiple state actions. “I think there’s a lot of ambition on the HFC side, in particular. Additional states are expected to soon follow suit, she added. “As we see more states announcing, it has become easier for others to do it.”

One of the key elements of state action, she noted, has been to “backstop” overturned EPA regulations “to make sure we’re deterring backsliding as much as possible.” States are also considering additional measures like adopting EPA Section 608 regulations on HFC leak repairs and addressing disposal issues, energy efficiency and car air conditioning.

States in the SLCP Working Group recognize the need to avoid a “patchwork regulatory framework” across states, said Cerqueira. “They’re trying to have rules as consistent as possible to make it easy for industry to be in compliance.”

What may limit further progress is a lack of familiarity with HFCs. The solution for that is educating policy makers that HFC reduction “is a near-term opportunity, and there’s not a lot of opposition in the U.S. to doing more on HFCs, so it’s a relatively easy win,” said Cerqueira. 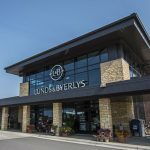 Versatile CO2 Contractor Installs Transcritical at a Supermarket, a Processing Facility and an Ice Rink 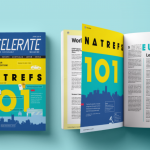