The U.S. House of Representative’s Environment and Climate Change Subcommittee will hold a legislative hearing on Tuesday, January 14, at 10:30 am on a proposed bill to phase down HFCs.

The hearing, entitled, “Promoting American Innovation and Jobs: Legislation to Phase Down Hydrofluorocarbons,” will address H.R. 5544, the American Innovation and Manufacturing Leadership Act of 2020, which was introduced last week in the House of Representatives by Paul Tonko (D-NY), who is Environment and Climate Change Subcommittee Chairman, and Reps. Pete Olson (R-TX), Scott Peters (D-CA) and Elise Stefanik (R-NY).

Manufacturing representatives Bedard and Galyen both support the House bill, as does NRDC’s Doniger, while Lieberman opposes it.

The House bill would phase down the production and consumption of HFCs by 85% over 15 years. Environmental Protection Agency (EPA) would accomplish this by implementing an allowance allocation and trading program, and establishing standards governing the management of HFCs used as refrigerants, including recovery and reclamation. EPA would also establish schedules for specific sectors to transition to next-generation technologies such as natural refrigerant systems.

“This bipartisan legislation is a win-win for Americans: it creates manufacturing jobs, positions American companies to lead a global transition to next-generation technologies and protects consumers by ensuring an orderly transition away from HFCs,” said Tonko and Frank Pallone, Jr. (D-NJ), the House Energy and Commerce Chairman, in a statement. “There is a broad and powerful consensus among industry and environmental groups alike that America should lead that transition, and we look forward to examining this bipartisan legislation that would achieve exactly that.”

Section 3 of the House bill directs EPA to publish a list of HFCs that are subject to regulation under the legislation and includes an initial listing of these substances, which are all pure HFCs, as opposed to blends; these are the same HFCs named in the global HFC phase down in the Kigali Amendment, except for R161 (GWP 12), which is in Kigali but not the bill. It also allows EPA to add HFCs to the list of regulated substances.

Notably the bill states, “Nothing in this section authorizes the [EPA] Administrator to add to the list … as a regulated substances a blend of substances even if such blend includes a saturated hydrofluorocarbon that is or may be a regulated substance.” This would apply to blends containing HFOs such as R449A, which consists of R32, R125 and R134a (all on the regulated list) and R1234yf, an HFO not on the list.

The House bill follows the introduction last October 30 of a similar bill in the U.S. Senate, the American Innovation and Manufacturing (AIM) Act, filed by John Kennedy (R-Louisiana) and Tom Carper (D-Delaware), and joined by 30 other senators. Kennedy and Carper submitted a similar bill in 2018 that was not acted on.

“If Trump hasn’t backed Kigali and has instead sat on it for years, why in the world would he sign these HFC bills?” asked Alec Johnson, owner of RefrigerantsHQ.com, in his blog.

There is a broad and powerful consensus among industry and environmental groups alike that America should lead that transition. 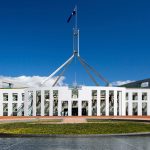 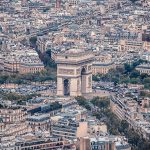