U.S. based John Miles and Maho Ito announced Monday at AHR Expo in Orlando Florida (U.S.) that they have jointly acquired Japanese OEM Sanden’s CO2 heat-pump-water-heater business, which they had been marketing on Sanden’s behalf in North America for the past six-to-10 years.

“Sanden wanted to spin off the business to concentrate on their core business,” said Miles, managing director of the new company, called ECO2 Systems. “This afforded us the opportunity to purchase rights to sell the water heaters in the North American marketplace.”  He declined to cite the terms of the transaction.

Miles added that while he and co-owner Ito will focus on North America, they could sell the CO2 heat pump water heater anywhere in the world outside of Australia, where Sanden is still selling it.

Sanden will continue manufacturing the systems, and selling them to ECO2 Systems. “We are a master distributor,” said Miles. The systems come with outdoor refrigeration circuits and indoor water tanks, sized at 43, 83 and 119gal (163, 314 and 450ltr)

As co-owners of their own company, Miles and Ito “will be able to laser-focus on the well being of natural refrigerant heat pump water heaters,” he said. “We’ll be able to be a bit more agile in taking advantage of opportunities that come our way.” Ito is based in Detroit, Michigan (U.S.) while Miles resides in Los Angeles, California (U.S.).

Apartment buildings, sometimes supported by government subsidies, and commercial buildings like restaurants have shown the most growth in sales of CO2heat pump water heaters, Miles said.

However, the movement to decarbonize home heating, especially in California, leading to a de-emphasis on gas water heaters, giving heat pumps a leg up. “We’re seeing more sales and market intent in California,” Miles said.

Sanden wanted to spin off the business to concentrate on their core business. 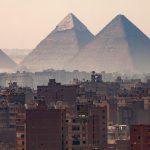 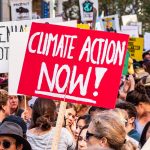