As the Trump administration continues to resist sending the Kigali Amendment’s global HFC-reduction plan to the Senate for ratification, two U.S. senators have once again submitted a bill that would authorize a 15-year phase down of HFCs by the Environmental Protection Agency (EPA).

The senators –  John Kennedy (R-Louisiana) and Tom Carper (D-Delaware) – filed the HFC phase-down plan, called the American Innovation and Manufacturing (AIM) Act, on October 30; 14 other senators from both parties joined as co-sponsors. Kennedy and Carper submitted a similar bill last year that was not acted on.

The new bill would:

The bill is expected to create an additional 150,000 direct and indirect U.S. jobs as well as generate $38.8 billion in economic benefits annually by 2027.

This legislation was crafted with input from the manufacturing industry and environmental groups “to give businesses a clear timeline for transitioning to new innovations in refrigerants,” said Kennedy’s office in a statement. “The ultimate goal is to ensure a smooth phase down that doesn’t disrupt jobs and leave the U.S. behind in an emerging global market.”

“The global market is moving away from the use of HFC refrigerants,” the statement added, referring to the Kigali Amendment to the Montreal Protocol, which has been ratified by 88 countries.

On October 7, the heads of 31 HVAC&R companies belonging to Air-Conditioning, Heating, and Refrigeration Institute (AHRI) and the Alliance for Responsible Atmospheric Policy signed a letter to Carper, Senator John Barasso and Representatives Frank Pallone and Greg Walden urging them to support legislation to phase down HFCs. The companies included Danfoss, Dover Food Retail, Emerson, Johnson Controls and Sanhua.

“American companies have already invested billions of dollars to produce and sell the next-generation technologies to replace HFCs,” said Carper.  “The AIM Act builds upon these investments, allowing U.S. companies to further expand manufacturing at home and remain competitive in a growing global market.”

Added Carper: “Joining the rest of the global community in reducing HFCs could help avoid up to a half degree Celsius in global warming by the end of the century.”

The bill was praised by David Doniger, Senior Strategic Director for Natural Resources Defense Council, who said it “shows that industry, environmentalists and lawmakers can work together to phase down harmful HFCs and help the United States maintain its leadership in replacing them with climate-friendlier alternatives.”

The legislation was also endorsed by the AHRI. “We appreciate the leadership of Sens. Kennedy and Carper in introducing this legislation and helping create greater predictability as manufacturers prepare for the transition to more environmentally friendly refrigerants,” saidStephen Yurek, President & CEO of AHRI. “It is our hope that the Senate will move expeditiously on this bill and that the House will shortly follow suit so that this transition can begin in earnest.”

It is our hope that the Senate will move expeditiously on this bill and that the House will shortly follow suit so that this transition can begin in earnest. 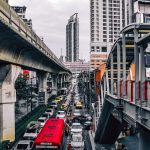 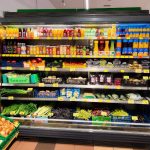