Speaking this week at the ATMOsphere America conference in Atlanta, Ga., Julie Cerqueira, executive director of the U.S. Climate Alliance, called upon the 400 HVAC&R industry attendees to “give us your best ideas and work with us to implement them.

“Some of our best ideas we have had because industry has brought them to my attention or has talked to our states,”she added.

Formed in 2017 in response to U.S. plans to withdraw from the Paris climate change accord, the U.S. Climate Alliance is a bipartisan group of 23 U.S. state governors (expected to become 24 next week) as well as the governor of Puerto Rico. Among its initiatives aimed at reducing greenhouse gas emissions in the absence of federal leadership, the Alliance is addressing short term climate pollutants (SLCPs), including HFCs. Already several Alliance states, including California, Washington, Vermont, Connecticut, New York and Maryland have launched or are working on regulations to reduce HFCs and enable alternatives like natural refrigerants.

Cerqueira, who was named Person of the Year at the ATMOsphere America conference on June 17 for her work at the Alliance, stressed that states in the Alliance Working recognize the need for consistent HFC regulations to avoid a “patchwork regulatory framework” across states. (ATMOsphere America was organized by shecco, publisher of this website.)

At the state level, HFC reduction is an issue where there is general agreement among industry, the environmental community and other stakeholders, noted Cerqueira. Still, state legislators “need to hear from you that you support their taking action so they can be courageous,”she said.

Educating the states and Congress is key to advancing HFC regulations given that “this is a pretty niche issue”compared to the contribution of energy consumption and transportation to climate change. But she pointed out that HFC reduction is “low-hanging fruit that they can tackle easily. It should be an easy bipartisan decision.”The technology needed to support a transition from HFCs “is already available,”she added.

Cerqueira acknowledged that the preferred route on HFC regulation would be federal legislation in concert with ratification of the global HFC-reduction scheme under the Kigali Amendment to the Montreal Protocol.

“We all want a national framework,”she said. “That means encouraging Congress to put forward legislation and ratify the Kigali Amendment so we can join the community of nations that are moving in that direction.”

US Climate Alliance’s Cerqueira urges industry to support states’HFC regulatory effortsAt the same time, Cerqueira emphasized the need for states to be able to set their own envieonmental regulations and not be pre-empted by the federal government. States can regulate HFCs but not energy efficiency requirements, which are set by Washington, D.C.  “So preserving states’rights while also encouraging a federal framework is critically important.”

Some of our best ideas we have had because industry has brought them to my attention or has talked to our states. 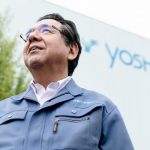 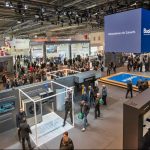