German textbook publisher VDE Verlag has published Natürliche Kältemittel – Anwendungen und Praxiserfahrungen (Natural Refrigerant – Applications and Practical Experience), which it calls “so far, the only German-language book on natural refrigerants that systematically presents their properties and possible uses and compares them with each other.”

The book was the brainchild of Professor Michael Kauffeld of the Karlsruhe University of Applied Sciences in Karlsruhe, Germany, who wrote the chapters on thermophysical properties, ice slurry and air-cycle technology, and is one of its three editors. (The others are Michael Eckert, Owner and Chief Engineer at the ammonia refrigeration company Kälte Eckert; and Volker Siegismund, Professor at Baden-Wuerttemberg Cooperative State University in Mosbach.)

Each chapter is written by an expert in the specific area. Professor Armin Hafner of the Norwegian University of Science and Technology wrote the chapter on CO2; Eckert contributed the ammonia chapter; Joachim Schadt, Managing Director of Secon, a company that builds hydrocarbon chillers, and his colleague Irmgard Bauer, wrote about hydrocarbons; and Juergen Suess, former CTO of Efficient Energy, the company that developed the water-only eChiller, together with his colleague Florian Hanslik, covered water.

Kauffeld cited “a lack of natural refrigerant training material” as the reason for the book. Most companies who specialize in natural refrigerants, he noted, only offer in-house training and there is no updated, comprehensive guide available on how to work with these refrigerants safely. Older technicians don’t know how to work with hydrocarbons or the pressures of CO2, he said. “There is a world-wide need for this information. Particularly in German, there is nothing freely available to the technicians.”

The textbook, said VDE Verlag, presents the experiences and techniques of industrial plant engineering and transfers them to commercial refrigeration applications. “The general conditions and legal requirements for the use of natural refrigerants, as well as the economic efficiency of the refrigeration systems are also considered and necessary additional knowledge for handling them is imparted.” Tables, pictures and plant diagrams are used to show examples of practical implementation.

The book is dedicated to Professor Johannes Reichelt, a former professor of refrigeration technology at Karlsruhe University of Applied Sciences. Reichelt has been committed to the use of natural refrigerants since 1990. The editors and authors donate their book fees to the Valerius Füner Foundation, founded in 2001 by Reichelt; it supports refrigeration education at the Karlsruhe University of Applied Sciences.

Currently, Kauffeld and his team are engaged in several projects, inciuding laughing gas as a refrigerant (a “funny project,” he said), efficient ice-slurry production methods, and producing artificial powdered snow for saunas.

Kauffeld believes that HFOs, the latest generation of F-gases, are not a long-term solution either. “In my personal opinion HFOs will disappear again, because they produce so much TFA [trifluoroacetic acid].”, he said. He used the example of Stuttgart, Germany,  noting that there are about 800,000 cars in the city, which is situated in a valley in a rather windless part of Germany. If the car air conditioning systems all used HFO-1234yf, and they leak an average of 20-40g (0.7-1.4oz) per year, a lot of the TFA formed in the atmosphere would end up in local water bodies,” he said. “Soon it could end up in the ground water, which is very dangerous.”

Kauffeld thinks that ammonia is the very best fluid if one considers its physical properties and transfer characteristics.“ They even use ammonia in the International Space Station for that reason.”he said. “All these years and billions spent to try and find alternatives to natural refrigerants, although we had the answer all along.”

There is a world-wide need for this information. 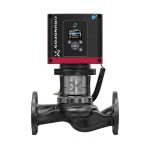 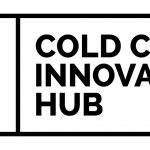 Reinventing the Food Cold Chain in the Philippines