Scantec Refrigeration Technologies, an industrial refrigeration system manufacturer and contractor in Australia, recently posted a video on LinkedIn highlighting a water-cooled ammonia chiller system providing air-conditioning at a government building in Queensland in 2011.

The video proved popular during the first month after its posting, receiving 44 “thumbs-up” reactions and 1,257 views. Yet the 2011 installation is one of the few ammonia-based air-conditioning systems in Australia.

Which begs the question: Why aren’t there more ammonia chillers used for building and commercial air-conditioning?  If the system in the video is any measure, it’s not because of poor performance.

That ammonia/water chiller replaced an R22-based system at the Council Administration Center in Logan City, Australia, said Allan Wilson, facilities program leader, who was featured in the video. “During the eight years that the system has been installed, there’s been no refrigerant loss and the system has been very reliable,” he said.

Stefan Jensen, managing director of Scantec Refrigeration Technologies, which installed and has carried out maintenance for the system, went into more detail.

“The original estimate for repairs and maintenance annually was in the order of $50,000 a year,” said Jensen. Bu this turned out to be “about 50% lower based on the service records of the last five years.”

The reduction in energy consumption offered by the system was estimated to be from 900 to 1,400 MWh per year, Jensen added. The result is a payback period calculated at five years — more than three years earlier than the estimated 8.5 years projected at the beginning of the project.

In fact, the Logan City administration highlights the energy efficiency on its website, saying, “the system is highly energy efficient with a coefficient of performance of 5.79, radically reducing energy costs.”

The system was designed to address any safety concerns about an ammonia leak. It has a very low ammonia charge (0.03-0.05 kg/kW or .25-.39 lbs/TR), and the plant room is located on the roof, with significant ventilation, mitigating the risk of any catastrophic release of ammonia.

With ammonia chillers making such a compelling business case as a replacement for synthetic refrigerant-based systems used for air conditioning, has there been any increase in the number of ammonia chiller AC systems since 2011?

“Not to my knowledge,” said Jensen.

I think the Australian air conditioning industry faces significant barriers, psychological, but also technical, with respect to being able to transition successfully to natural refrigerant based technologies in air conditioning generally.”

There were an estimated 22,600 large commercial chillers used for building air conditioning in Australia in 2016, according to “Cold Hard Facts 3,” a research report compiled by Expert Group, an Australian consultancy.

The report states that HFO-1233zd is increasingly the refrigerant of choice for large centrifugal chillers and that “there were several large chillers installed in Australia in 2017 operating on HFO-1233zd.”

The defensive positions set by incumbent players, who stand to have something to lose, have stifled any further discussion or consideration of ammonia systems in building air-conditioning, added Jensen.

“There is very limited encouragement from the large equipment suppliers to the AC industry with respect to expediting this transition,” he said. “We have a recent example where a mechanical services consultant categorically rejected NH3 in favor of R134A-based chillers for air conditioning of a warehouse.”

End-users of air conditioning systems are also affected by negative marketing from AC contractors and equipment suppliers, “who have a commercial interest in maintaining status quo for as long as possible,” he said.

“There are pockets of innovation, but even if you have a wonderful product, how do you get access to the market when the channels are owned by the biggest players, and how do you get to critical mass where you can be cost competitive,” said Campbell. 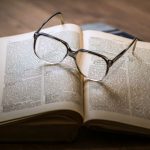 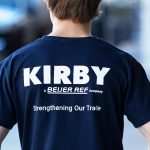