In May, the International Electrotechnical Commission (IEC) approved an increase of the charge limit of hydrocarbons in self-contained commercial display cases to 500 g (17.6 oz) from 150 g (5.3 oz) under its IEC 60335-2-89 standard.

After the new charge limit is adopted by regional standard bodies, will the move boost the prospects for hydrocarbons in commercial cases throughout the world?

The general consensus is yes, especially given the cost-saving opportunities from using fewer condensing units. For example, Geoff Amos, co-founder of NRMSGlobal, a U.K.-based design, manufacturing and consulting firm, expects more adoption of store-wide self-contained refrigeration with the higher hydrocarbon charge limit by retailers in continental Europe as more manufacturers convert to the new standard in their systems. “That’s still in the works but I’m pretty sure they will,” he said.

Once North America adopts higher charge limits for hydrocarbons, Charles Hon, engineering manager for O’Fallon, Mo.-based commercial case maker True Manufacturing, expects there to be an impact on the commercial marketplace, especially in states and regions that move to low-GWP maximums (such as150) for commercial refrigeration.

In the U.S., the Hannaford chain in New England, a division of Ahold Delhaize, is testing full line-ups of water-cooled low-temperature R290 cases (using less than 150 g per circuit) in a few new stores, with an eye to using them in existing stores.

Harrison Horning, director of maintenance for Hannaford, said at the ATMOsphere America conference in June that he is satisfied with 150 g or less of R290 charge, and doesn’t see much need for more than 150 g, “though the cost effectiveness might be better with a bigger charge.”

Two Texas retailers with several years of experience with R290 self-contained cases spoke favorably of them at the ATMOsphere America conference. “Once you get it dialed in, it’s a robust system and works great,” said Gary Cooper, director of engineering for Lowe’s Markets, whose single-store R290 low-temperature units consume 25% less energy than a comparable HFC condensing unit in a lab. He said he would be open to a full-store implementation of R290 cases with a 500-g charge limit.

The efficiency advantage of hydrocarbon systems was demonstrated in a 2017 University of Birmingham study, “Retail Refrigeration – Making the Transition toClean Cold.” It cited an Emerson study comparing the energy consumption and leaks of a self-contained R290 system to remote HFC, HFO and CO2 booster systems in terms of CO2e emissions generated. The hydrocarbon system generated the leastpower-related emissions; it also had the lowest TEWI (total equivalent warming impact), 50% less than R404A, 30% less than R448 and 12% less than CO2e. (The study has not been independently tested, the report said.)

Charles Wernette, principal engineer for San Antonio, Texas-based H.E. Butt Grocery (H-E-B), said the IEC charge increase “makes the whole conversation about hydrocarbons much easier” in terms of price and maintenance. “We want to use as few compressors as possible,” he added. Wernette said he appreciates the simplicity of plug-in hydrocarbon systems, comparing them to home refrigerators.

Japanese retailers, who typically employ CO2 as a green refrigerant, have shown little interest in hydrocarbon equipment. What may change that is the outcome of a hydrocarbon risk assessment by the Japan Refrigeration and Air Conditioning Industry Association (JRAIA).

On the end user side, METRO Cash & Carry Japan is planning to replace its R404A freezer cabinets with R290 plug-in systems at three of its existing Japanese wholesale stores. And convenience store giant Lawson, a major user of CO2 systems, announced it will be conducting initial tests with Embraco’s hydrocarbon-based Plug n’ Cool system for small built-in display cases.

We want to use as few compressors as possible.

Not only in Japan, but throughout the world, questions are being asked about whether larger charges of hydrocarbons would take away market share from CO2 systems. Daniel Colbourne, a U.K-based consultant for GIZ Proklima, doesn’t think so. “R744 is much more suited to larger centralized systems, which hydrocarbons are not, he said.

Andre Patenaude, director, solutions integration at Emerson Commercial & Residential Solutions, says the impact of hydrocarbons on CO2 will be “minimal.”

But Amos thinks some retailers will choose hydrocarbons over CO2 rack systems, depending on “where they are in the world and the skill set around.” It’s much easier for technicians to install and maintain hydrocarbon self-contained systems than remote CO2 rack systems, he said.

How will the higher charge of hydrocarbons fare against 1.2 kg of A2L or A2 refrigerants (such as HFOs)? “A2L/A2s are only considered when there are no other options,” said Colbourne. “There is a capacity band for commercial refrigeration where A2L/A2s are most viable, such as when several cabinets are multiplexed and remote systems, but the use of this approach is declining more and more so I can’t imagine there will be so much interest over time.”

Because of the greater efficiency of comparable hydrocarbon circuits,Amos does not see A2Ls, at least witha charge limit of 1.2 kg, as an optionfor self-contained cases. “A2Ls have alife, but not in that application,” he said.“Maybe in DX systems in Europe where the GWP  has to be below 150.”

And True’s Hon pointed out that propane would be far less costly than low-GWP HFOs that might compete with it. “HFO costs will be substantially higher even with large volume increases.”

Anticipating these hurdles, A2L refrigerant manufacturers opposed the IEC’s efforts to raise the charge limit for hydrocarbons, according to several sources interviewed by Accelerate24.news who declined to be identifiedbecause of ongoing relationships with the manufacturers.

One source said the companies are still trying to prevent regions from adopting the new IEC standard for the same reason. (Two HFO makers, Chemours and Honeywell, did not respond to a request for comment.)

The 1.2-kg charge limit for A2Ls and A2 refrigerants was selected to match the cooling capacity estimated for 500 g of propane (4 kW or 1.1 TR)), said Colbourne. However, because of the drawbacks of 1.2 kg, A2L manufacturers are now preparing to seek a higher charge limit for A2Ls in the next update opportunity for the IEC standard in 2022, he said. 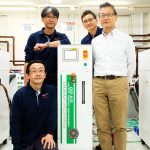 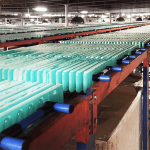