As an extraordinarily successful refrigeration engineer and consultant, and leader of trade associations, U.K.-based Stephen Gill knows the value of refrigeration. But he wants the wider world to know about it, too.

And on June 26, 2019, Lord Kelvin’s birthday, Gill’s ambition to spread the word about refrigeration will be realized in the first-ever World Refrigeration Day, a global celebration with more than 100 trade groups supporting it from around the world.

“I, and others, have been trying to think of ways to promote our industry for a long time,” he said “It is considered a hidden industry in that it is all around us but so few people know what it is or how it impacts their daily lives.”

In 2014, Gill created special posters on refrigeration that he disseminated to great fanfare on LinkedIn. One of them pointed out the myriad ways that refrigeration supports humanity: “Surgeons operate in air-conditioned hospitals. Chilled vaccines are delivered safely to millions in need. Artists perform in air-conditioned theaters. Low carbon heating solutions keep people warm through heat-pump technology. Food is produced and delivered to billions in hygienically safe conditions. Man traveled to the moon in a temperature controlled rocket.”

On World Refrigeration Day, those ideas and more will be disseminated at international events and social media campaigns, such as @worldrefday and #wrefd19 on Twitter.   “There is so much good that we do, and there are things that we can do better, but everything has to start with awareness,” Gill said.

There is so much good that we do, and there are things that we can do better, but everything has to start with awareness.

The Institute of Refrigeration (IOR), of which Gill was president from April 2016 to November 2018, will hold several events, including Facebook Live talks; the live launch of new “Cooling Science” and “Cool Careers” sections of its website for school children; and live viewing of an IOR video about the contribution of refrigeration and air conditioning to modern society.

Other industry groups supporting World Refrigeration Day include AIRAH in Australia, ASHRAE, AHRI, IIAR and RETA in the U.S., and ASRAE, SHASE, and JRAIA in Japan

The United Nations Environment OzonAction Programme will be promoting responsible use of refrigeration in 147 developing economies via seminars and workshops, technical brochures, leaflets and posters in different languages, and public awareness programs. A UNEP-led webinar, hosted by Gill, will cover “Refrigerants for Life.”

A list of other initiatives celebrating World Refrigeration Day can be found here:

What will Gill be doing on World Refrigeration Day?

“Apart from hosting the UNEP webinar, I have nothing else planned for the day as my work will be largely done by then,” he said. “This is a day for the industry to celebrate and to raise awareness of what it does. The more that mark it, the better, and the indications are that many organizations and individuals are rising to the occasion.” 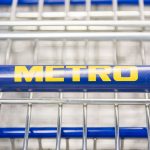 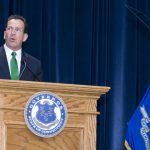