With the inauguration on January 20 of Joseph Biden as U.S. President and Kamala Harris as Vice President, the U.S. Environmental Protection Agency can begin the rulemaking process to implement HFC allowances, sector bans and emissions reductions authorized in the recently enacted American Innovation and Manufacturing (AIM) Act of 2020. It will have about nine months to finalize the allowances.

The AIM Act is part of sweeping bipartisan legislative package, the Consolidated Appropriation Act, which includes funds to address the economy and the COVID-19 pandemic. It was enacted on December 27.

HFC regulations will help the U.S. meet its greenhouse gas emission reduction goals. President Biden, as part of his first day in office, committed the U.S. to rejoining the Paris climate agreement and its global call for emission reductions.

AIM gives the EPA authority to establish an allowance system reducing the permitted amount of HFCs that can be produced or imported in the U.S. by 85% at the end of 2036. It copies the HFC phase-down timeframe set under the Kigali Amendment to the Montreal Protocol, which the U.S. is now expected to ratify. AIM also allows the EPA to accelerate the phase down starting in 2025, subject to market conditions.

The EPA is also authorized to start rulemaking to restore Obama-era restrictions prohibitions or restrictions on HFC use by sector or subsector under the Significant New Alternatives Policy (SNAP) Program’s Rules 20 and 21. Unlike with the allowance rule, EPA does not have a timeframe for finalizing this rulemaking, said Starr.

The EPA can opt to go further “in banning additional HFCs and HFC blends in refrigeration, air conditioning, and other major uses,” said Starr in her blog. EIA would like to see the agency adopt more restrictive rules like those enacted in December for California by the state’s Air Resources Board (CARB). “EPA probably wouldn’t have a 150-GWP limit [on commercial and industrial refrigeration] but could delist everything over 150 GWP under SNAP,” she said.

A third component of the AIM Act allows the EPA to “minimize release” of HFCs in existing equipment through regulations on servicing, repair, disposal, or installation of equipment and reclamation. “Though less specific than other parts of the bill, this section gives EPA broad authority to reduce existing emissions from refrigerant leaks during use and at end-of-life,” said Starr’s blog.

Under this provision, the EPA could initiate rulemaking to restore 2016 Obama rule extending refrigerant leak repair requirements to HFCs and HFOs for equipment containing more than 50lbs (23kg) of refrigerant, including most supermarket and industrial applications. Last year the Trump administration’s EPA rescinded that rule.

EIA would again like the EPA to go beyond restoring Obama-era regulations, and do more to increase recovery, reclamation and reuse of refrigerants.

Starr noted in her blog that the AIM Act does not, for the most part, prevent state and local governments from regulating HFCs. Only a few narrow end uses are restricted from state regulation for a period of five years, including inhalers for asthma, aerosol propellants for defense sprays, pre-formed foams for marine and trailer use, and military and aerospace fire suppression.

“EPA could in the future designate other ‘essential uses’ for which there are no alternatives, which would be exempt from any state and local regulations, but this is unlikely to ever be needed for most uses with the increasing adoption of climate-friendly refrigerants,” Starr’s blog said.

In addition to California, last November the Maryland Department of the Environment finalized regulations to phase out the use of HFCs and reduce methane emissions to help meet the state’s climate and environmental goals for reducing greenhouse gases. A total of 16 states, part of the U.S. Climate Alliance, have enacted or are pursuing HFC regulations.

EPA probably wouldn’t have a 150-GWP limit [on commercial and industrial refrigeration] but could delist everything over 150 GWP under SNAP. 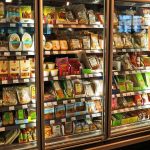 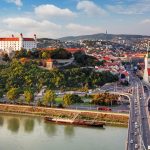 Overfed Evaporators for CO2 Refrigeration Save up to 7.5% Energy in New Study