The International Institute of Ammonia Refrigeration (IIAR) has carved out a reputation as the primary source of information on the safe use of ammonia in industrial, and increasingly, commercial refrigeration. Its standards, such as IIAR-2, have been widely adopted by international code bodies.

But IIAR sees itself as a trade group that also addresses other natural refrigerants. For example, in March, it released a 128-page safety standard for CO2 closed-circuit systems, and collected comments on the standard during an initial public review period that ended on April 15.

Now, IIAR has turned its attention to hydrocarbon refrigerants. It has begun work on a safety standard for flammable (A3) hydrocarbons in commercial and industrial applications, including chillers and heat pumps (not store display cases).

Hydrocarbons like propane and isobutane are becoming more widespread in a host of applications due to their near-zero GWPs.   Can IIAR establish itself as an authority on the safe use of hydrocarbon refrigerants?

Jeffrey Shapiro, president of International Code Consultants, and a consultant for IIAR, thinks there is a “huge opportunity” to do so by supporting existing guidelines in the ASHRAE-15 standard and other codes.

There are a lot of places where we can clearly step in to assist and not step on ASHRAE’s toes.

Overall, A3 and A2L refrigerants are governed by ASHRAE-15, one building code, two mechanical codes and two fire codes.

The abundance of codes “is weighing down the ability to use those refrigerants,” Shapiro said at the IIAR Natural Refrigeration Conference & Expo, held in Phoenix Match 4-6.

And while ASHRAE and the mechanical codes allow 150 g charges of hydrocarbons in indoor display cases as well as outside applications, “they offer very little guidance on how to do it safely,” said Shapiro.

Moreover, he added, ASHRAE-15 “is primarily a design document,” “It doesn’t touch on installation and other rules. So there are a lot of places where we can clearly step in to assist and not step on ASHRAE’s toes.”

In particular, he pointed out that IIAR could develop rules for supplemental design, installation, commissioning, operation, ITM (inspection, testing and maintenance), decommissioning and RAGAGEP (recognized and generally accepted good engineering practices).“Those are all fair game,” he said.

Shapiro stressed that in its standards development for hydrocarbons, IIAR needs to keep the safety issues surrounding flammable hydrocarbon refrigerants top of mind. He pointed out that, unlike natural gas and propane piped through buildings, hydrocarbon refrigerants are not “odorized” and therefore are not self-alarming (in contrast to ammonia, which has a natural odor and is difficult to ignite).

“Do we really want to advance the presence of odorless flammable gases where people live, work and sleep?” he said. “How will occupants know if a dangerous situation develops?”

This puts a premium on maintaining a functioning leak- detection system, he noted, adding that most people are lax in checking their smoke alarms.

“As we step into the A3 world, we need to remember that we understand the refrigeration world – and we also need to get into the fire protection world,” he said. “The two need to exist in harmony.”

Shapiro expressed similar safety concerns about A2L refrigerants that are flammable but not easily ignited, with a maximum burning velocity of 10 cm/s. “They are supposedly too slow to explode or sustain combustion, and lab tests say they are safe with ventilation, but you can’t ignore them.”

He noted that in ASHRAE-15-2016, A2Ls are permitted in human comfort systems and industrial refrigeration; the residential standard is “in process.” A2Ls are allowed in UL listings for small equipment via UL’s 60335-2-40 standard.

Shapiro thinks IIAR is up to the task of tackling flammable refrigerants. IIAR has already demonstrated with ammonia refrigeration that it’s possible to promote a refrigerant that is good for the environment while addressing safety issues, he noted. “And I sincerely believe we will do the same as we move forward with other natural refrigerants. We have a path to do that, and it’s probably the next step for our industry.” 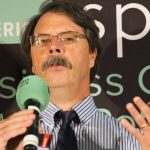 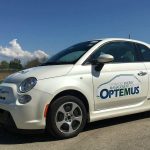